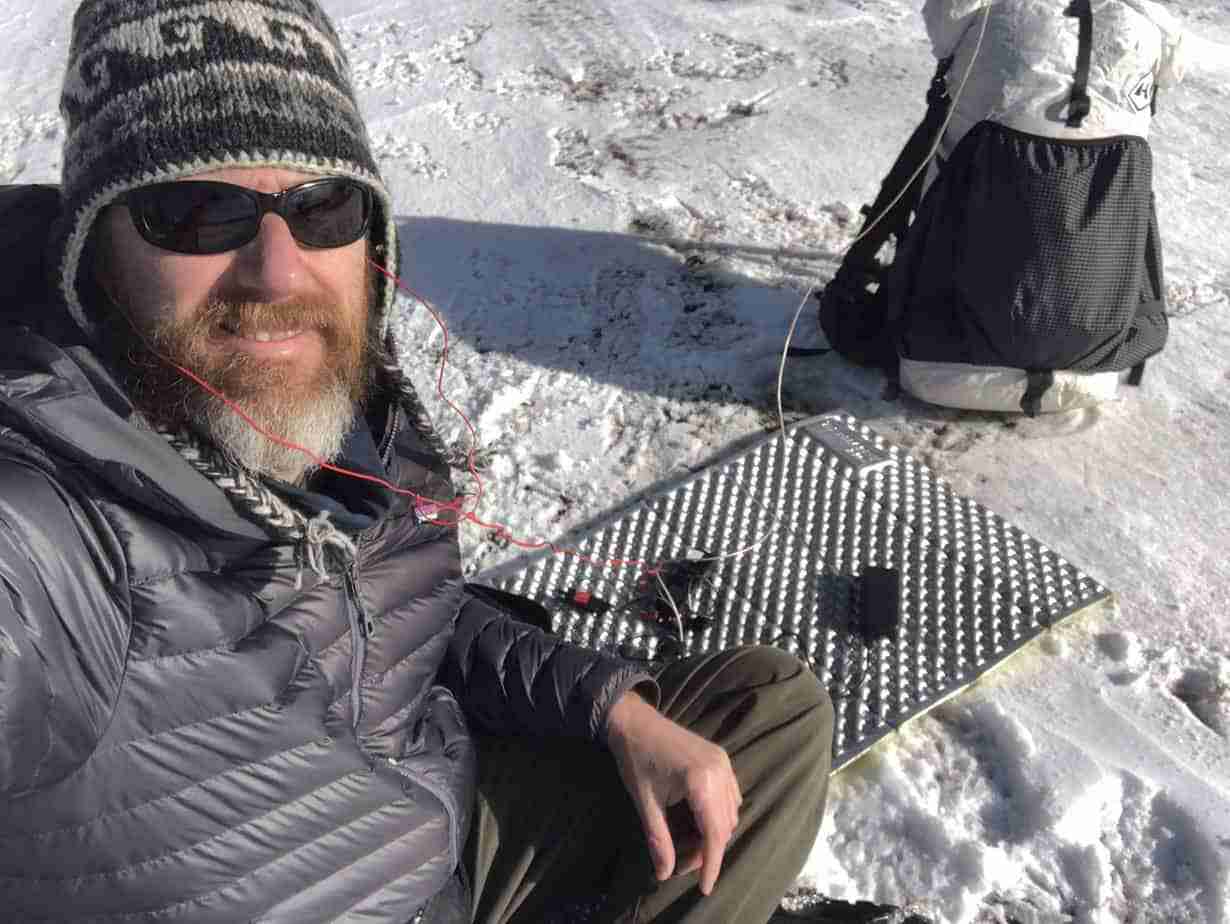 Backbone Mountain is a short hike to a small summit covered in radio towers with a few decent views. The summit is relatively easy to get to and has plenty of parking at the base of the mountain. This is an easy 8 point summit, plus 3 points for the winter bonus. 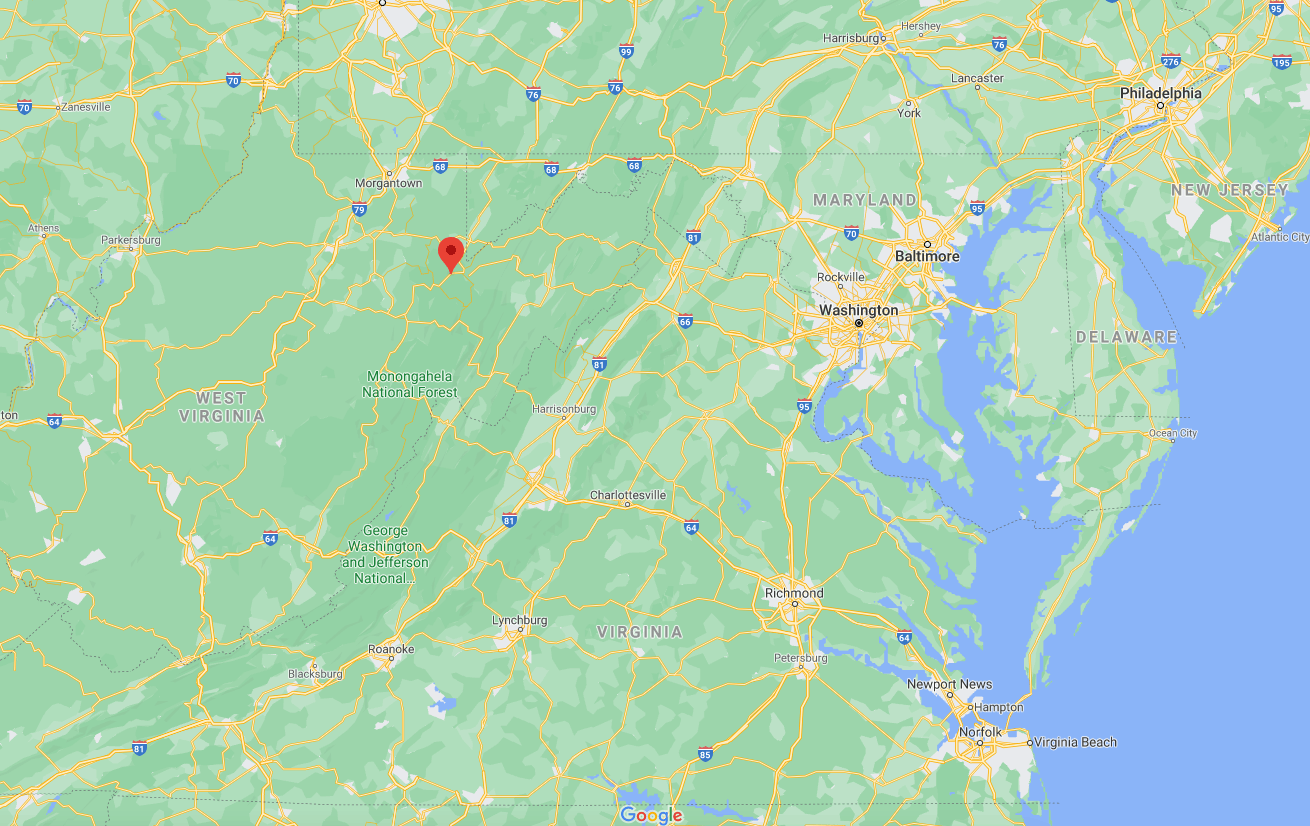 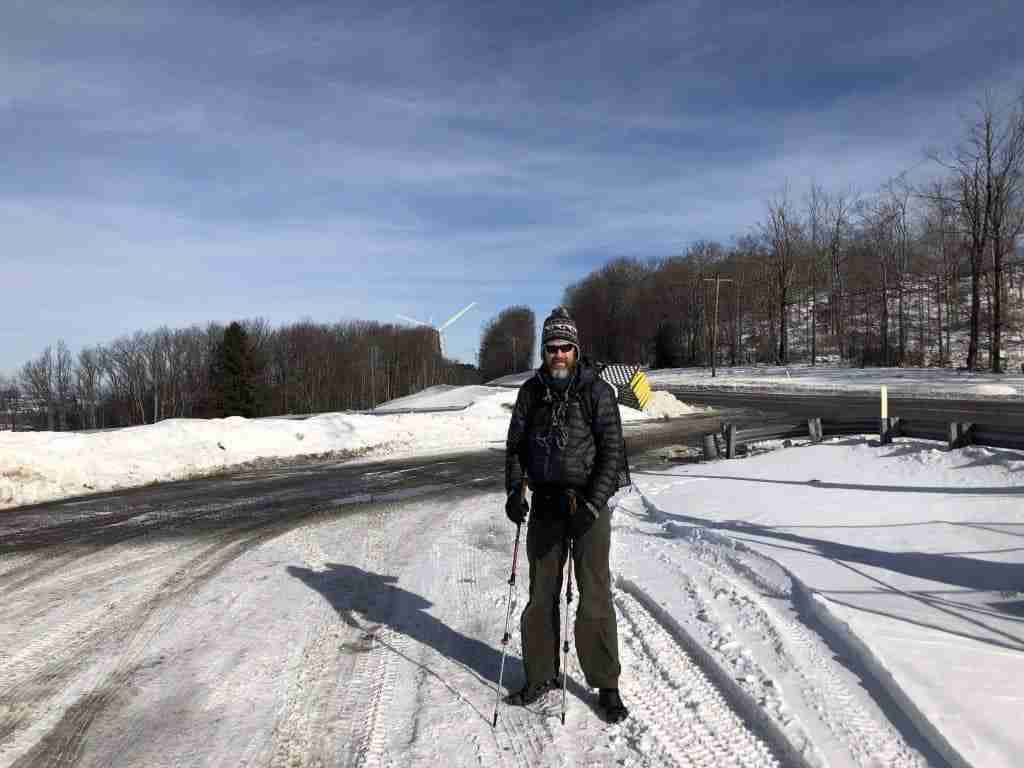 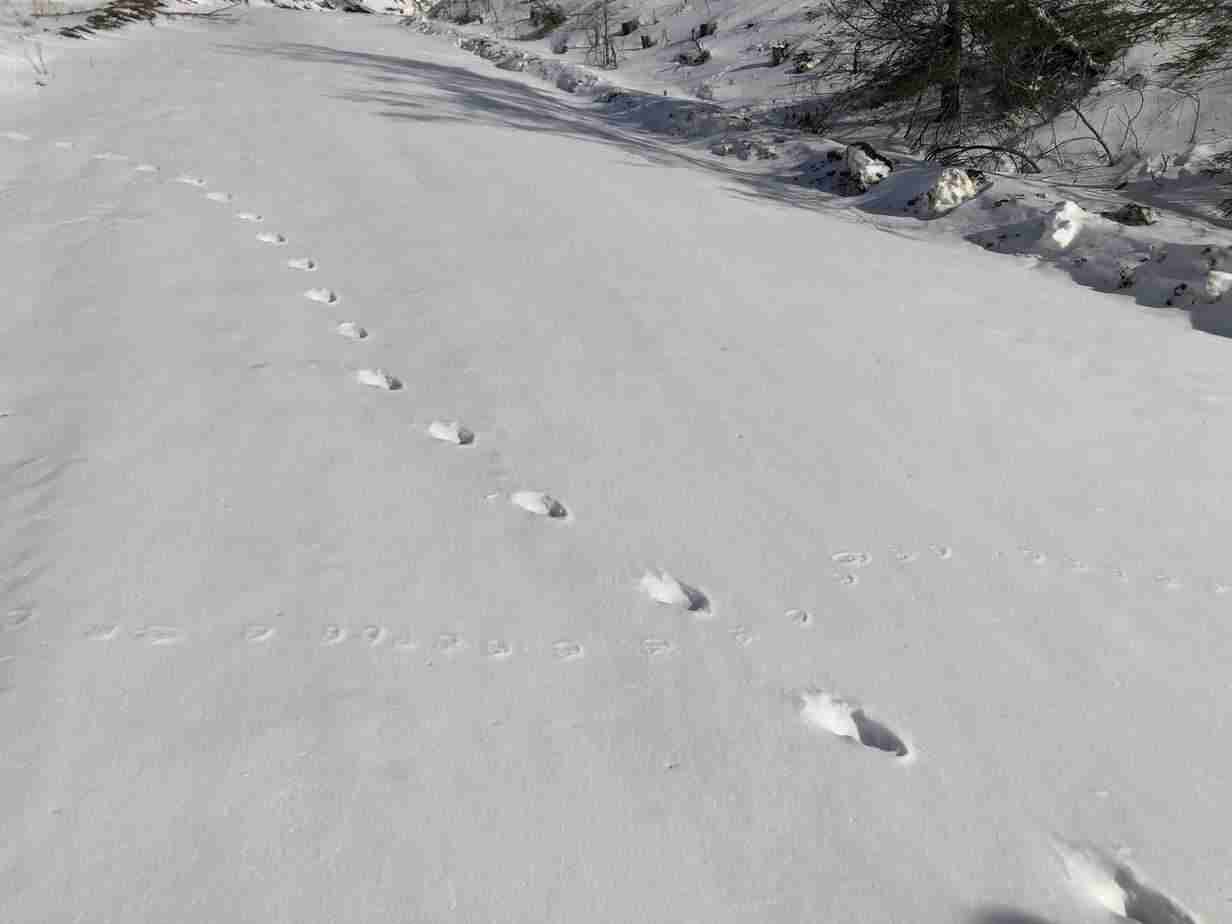 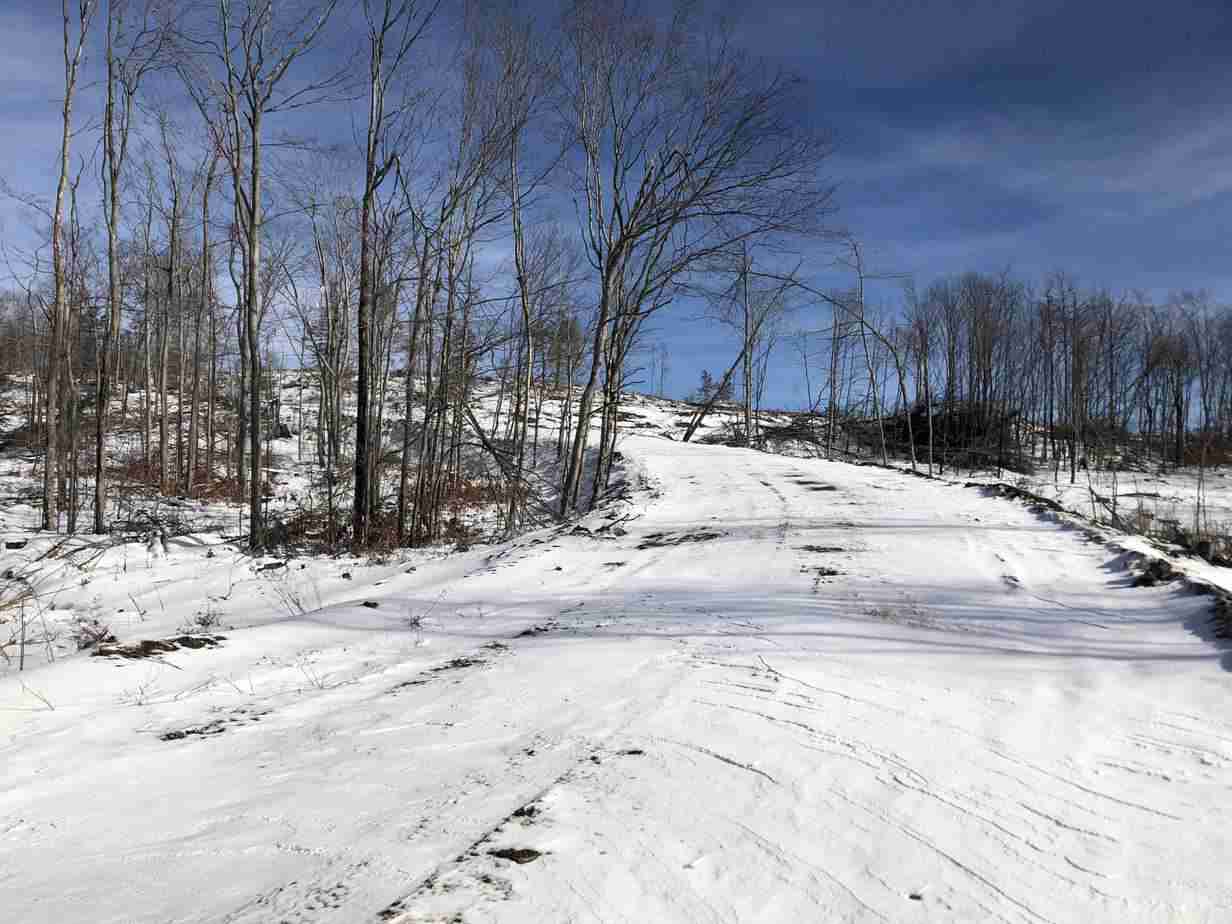 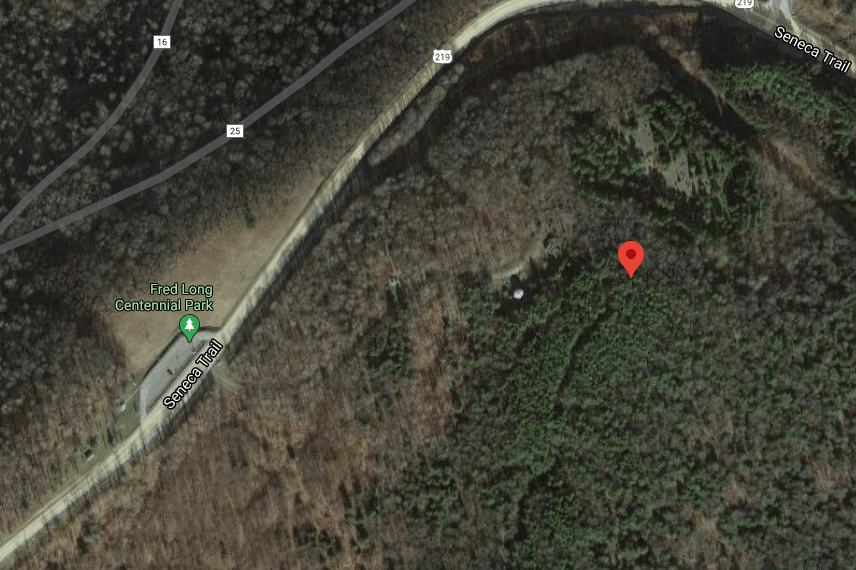 Parking for Backbone summit is a quick drive from Thomas, WV. As you come around the bend there is a nice large parking lot with plenty of parking. The road to the summit is across the street. Near the parking lot are huge wind turbines which are interesting to see up close. Once we geared up, my wife and I headed up the summit for a nice quiet (and cold) activation. 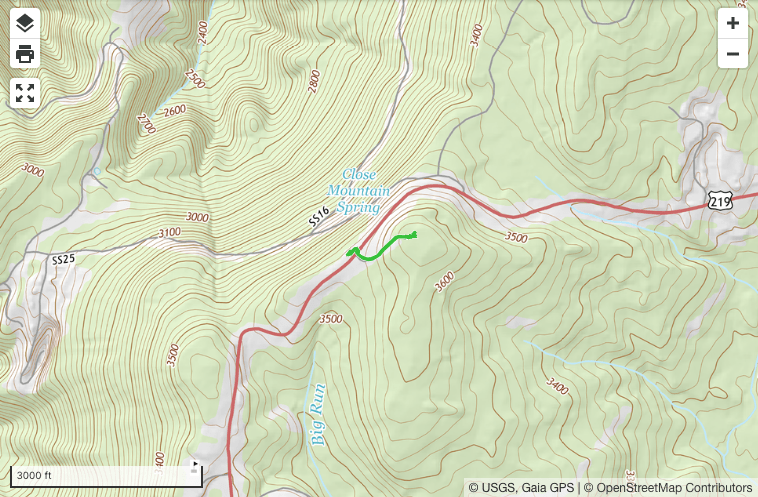 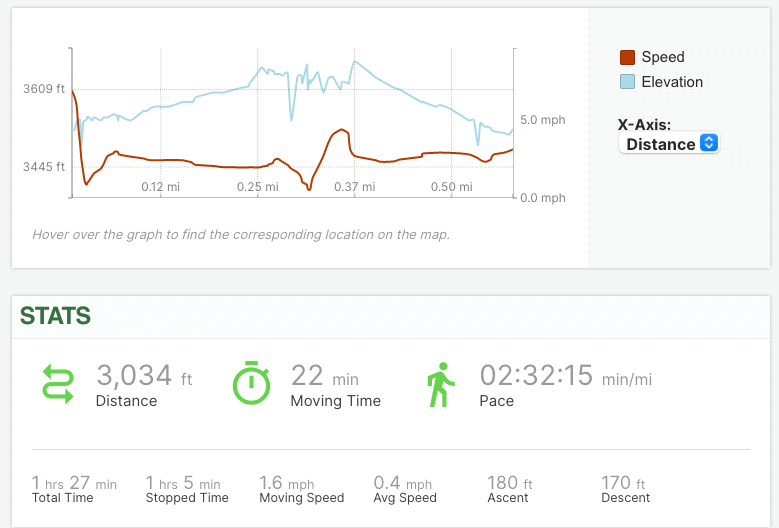 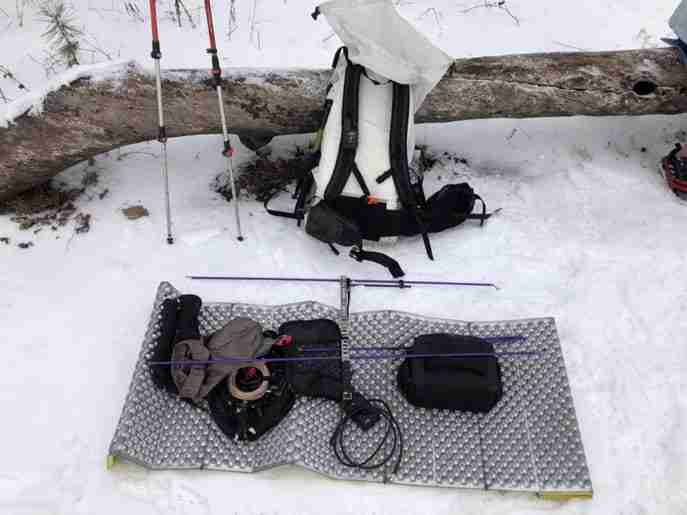 As we hiked up the road I noticed some cool fox and rabbit tracks in the snow. Snow is always fun for tracking animals in the woods. Not so great for amateur radio gear though.

In the winter I use my Thermarest Z-Lite pad to sit on and to set up my portable radio gear. With snow, I really need to 3D print some BNC weather caps to keep the snow out of my connectors on coax and my radio. It seems no matter how careful you are, they tend to get plugged with sand, snow or mud at some point or another.

The snow around the summit in areas was knee deep due to the drifts so we stayed in the center that had been packed down. This limited my available LOS for VHF, but I still tried with my Arrow antenna. I managed one contact with KC8YSO. I quickly switched over to HF and realized that my usual method of using rocks in my rock bag wasn’t going to work since all the rocks were covered under the snow. Had to resort to the water bottle weight trick which isn’t my favorite way of getting antenna’s in trees but does work when you have run out of options. I need to start carrying a throw weight during the winter to avoid this issue. I also had an issue of not having a way to support one end of my antenna mast, so I used my wife’s pack to hold it up which worked.

Made only a couple of contacts on 20 meters so I switched over to 40 and had a nice pile up going.

We were loosing daylight and still had a long drive home so we packed up and headed home. 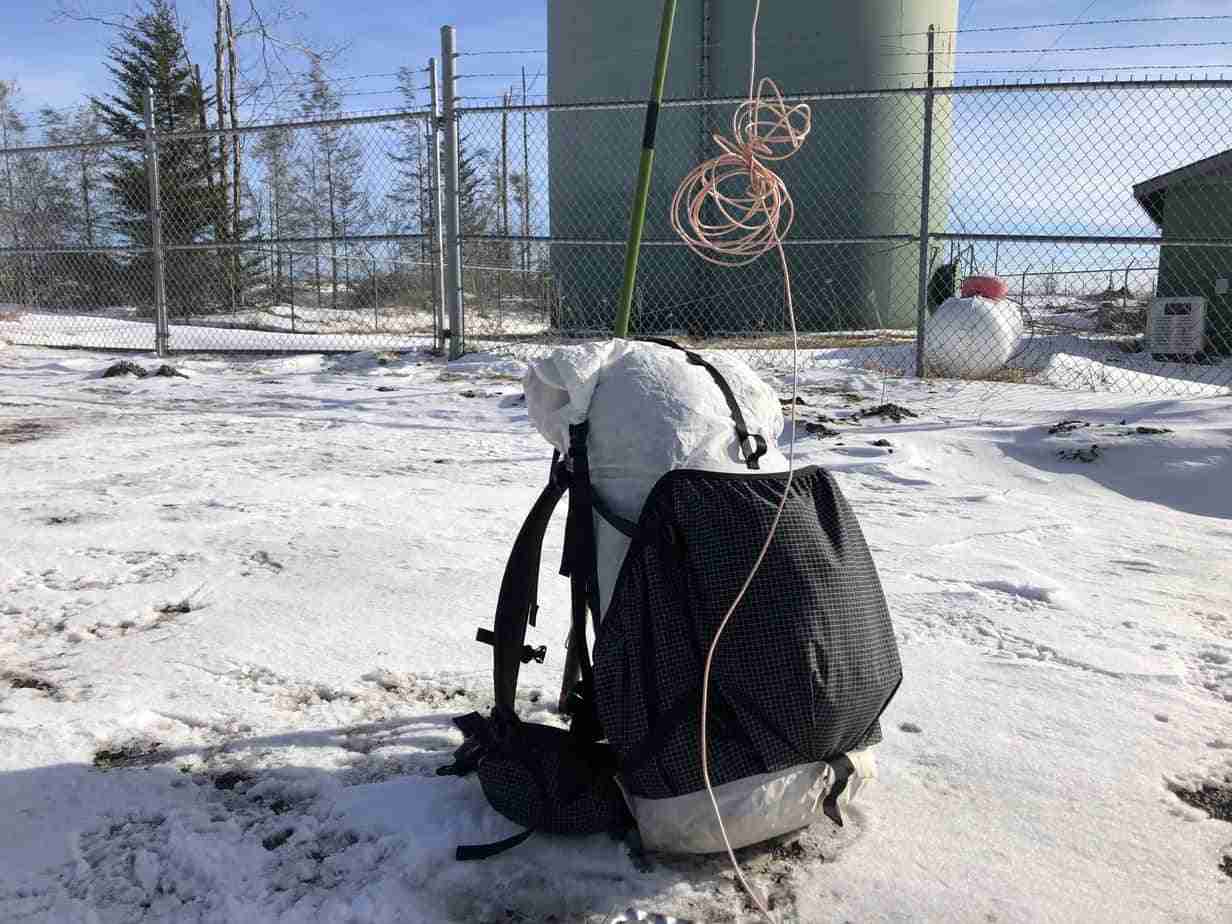 My wife, the official KB1HQS SOTA Sherpa and photographer, waits patiently for the pileup to end. 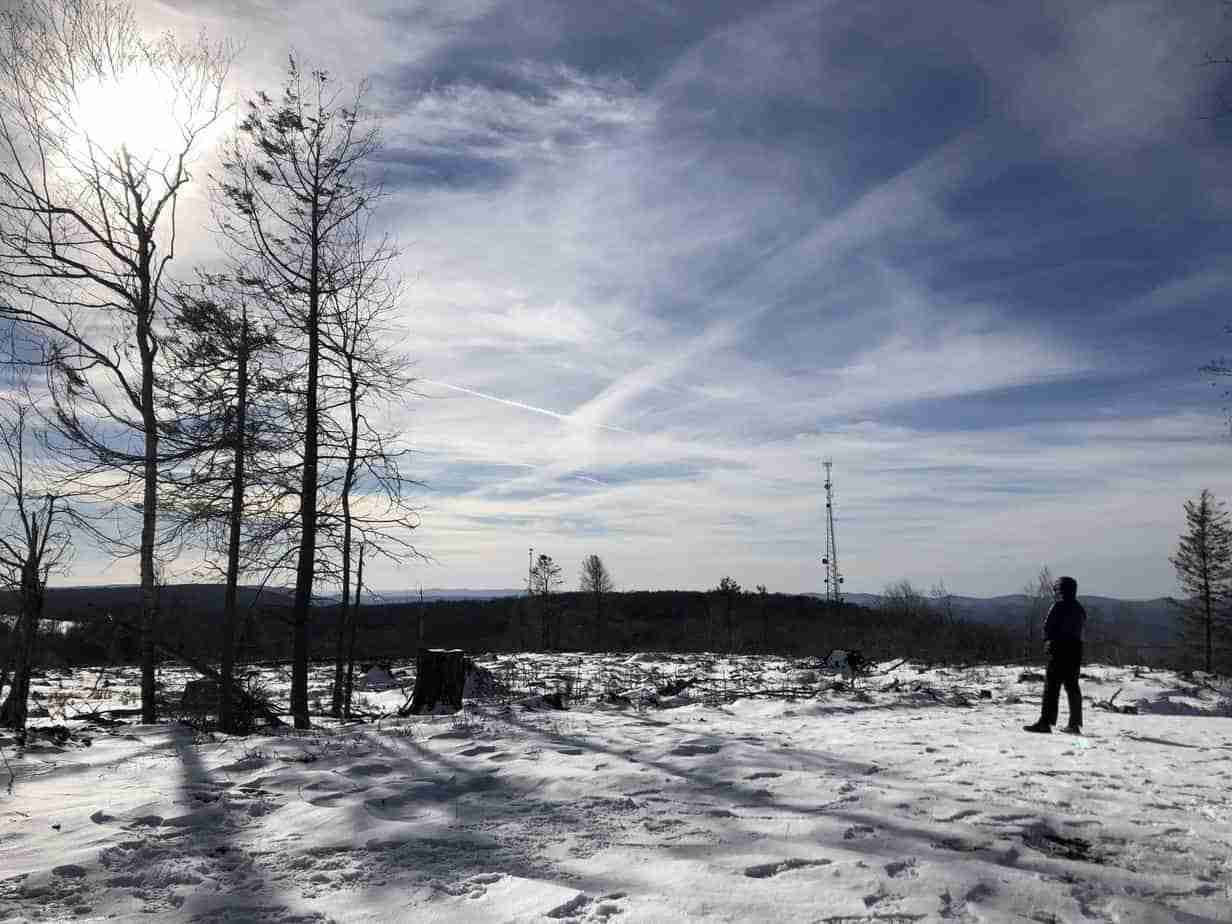 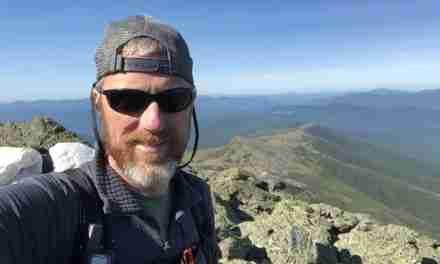 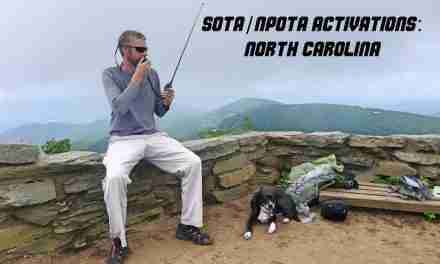 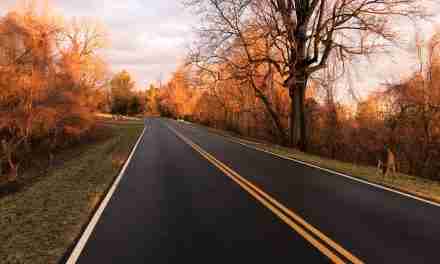 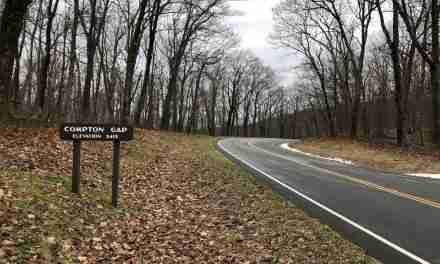