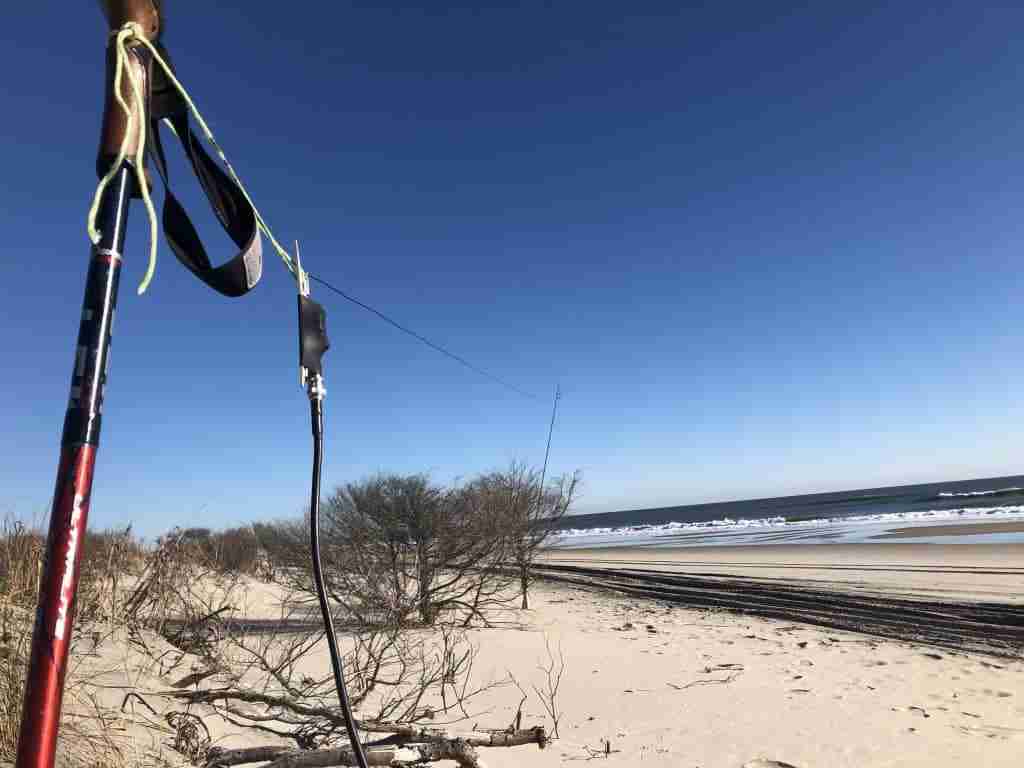 Chincotegue National Wildlife Refuge (NWR) is located on the southern half of Assategue Island on the coast of Virginia. The refuge qualifies for both a US Island (VA002S) and Parks on the Air (K-0561) activation. The northern half of Assategue island is more often visited due to camping opportunities and closer proximity to Washington, DC. As a result, Chincotegue draws less people and has a more remote feeling to the island. 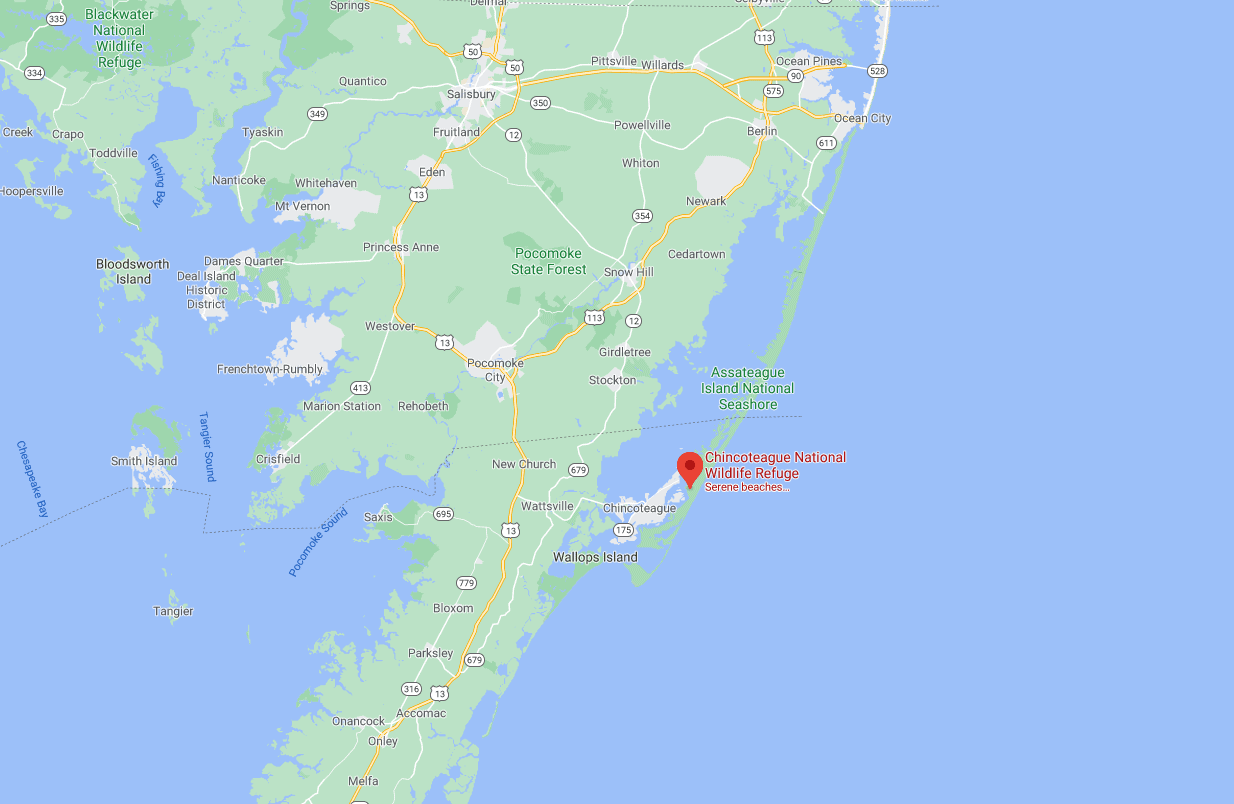 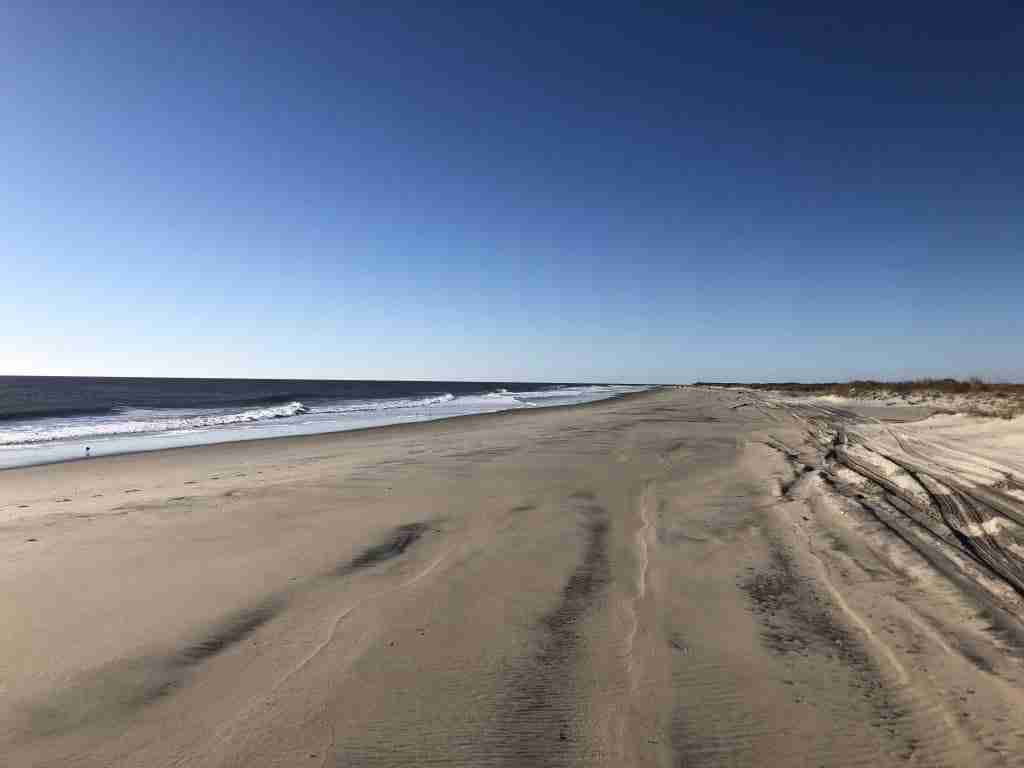 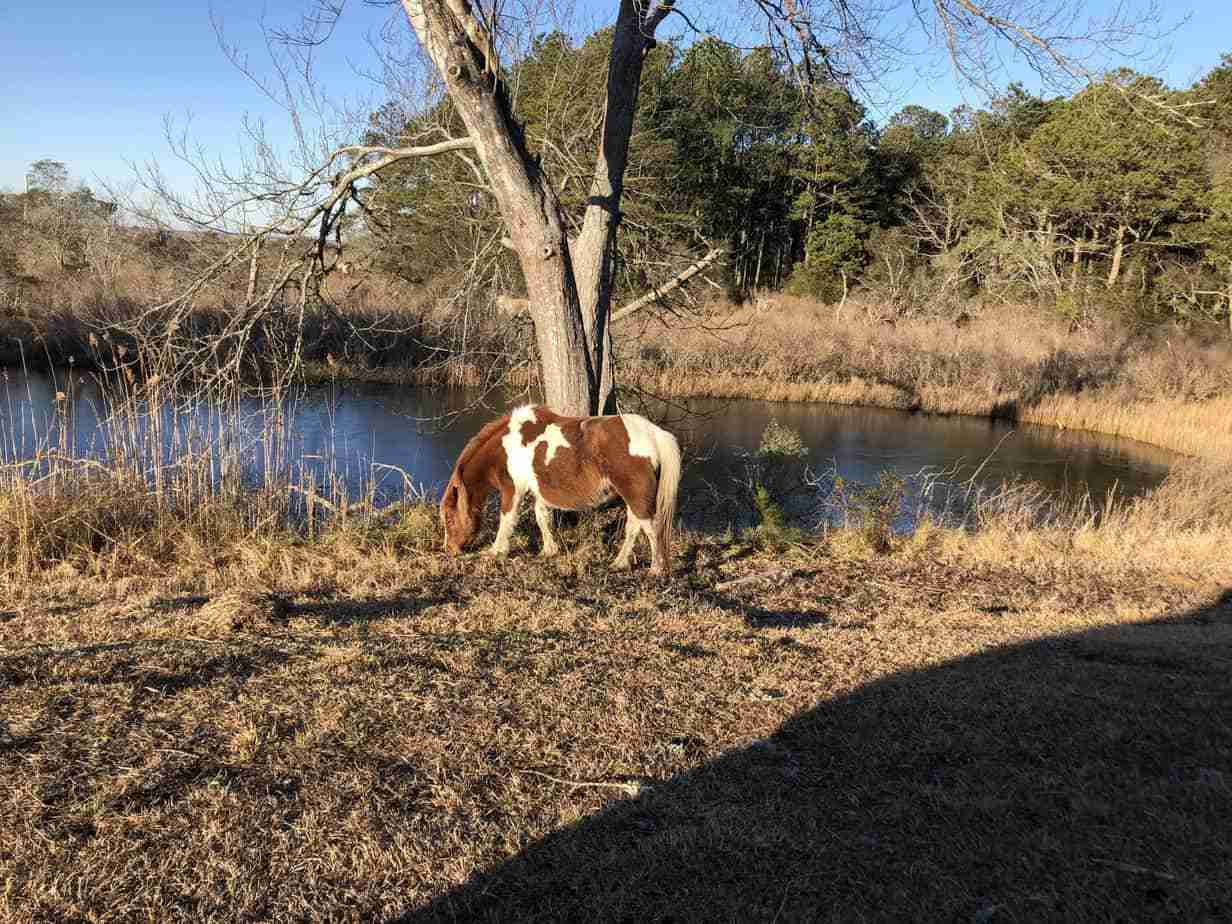 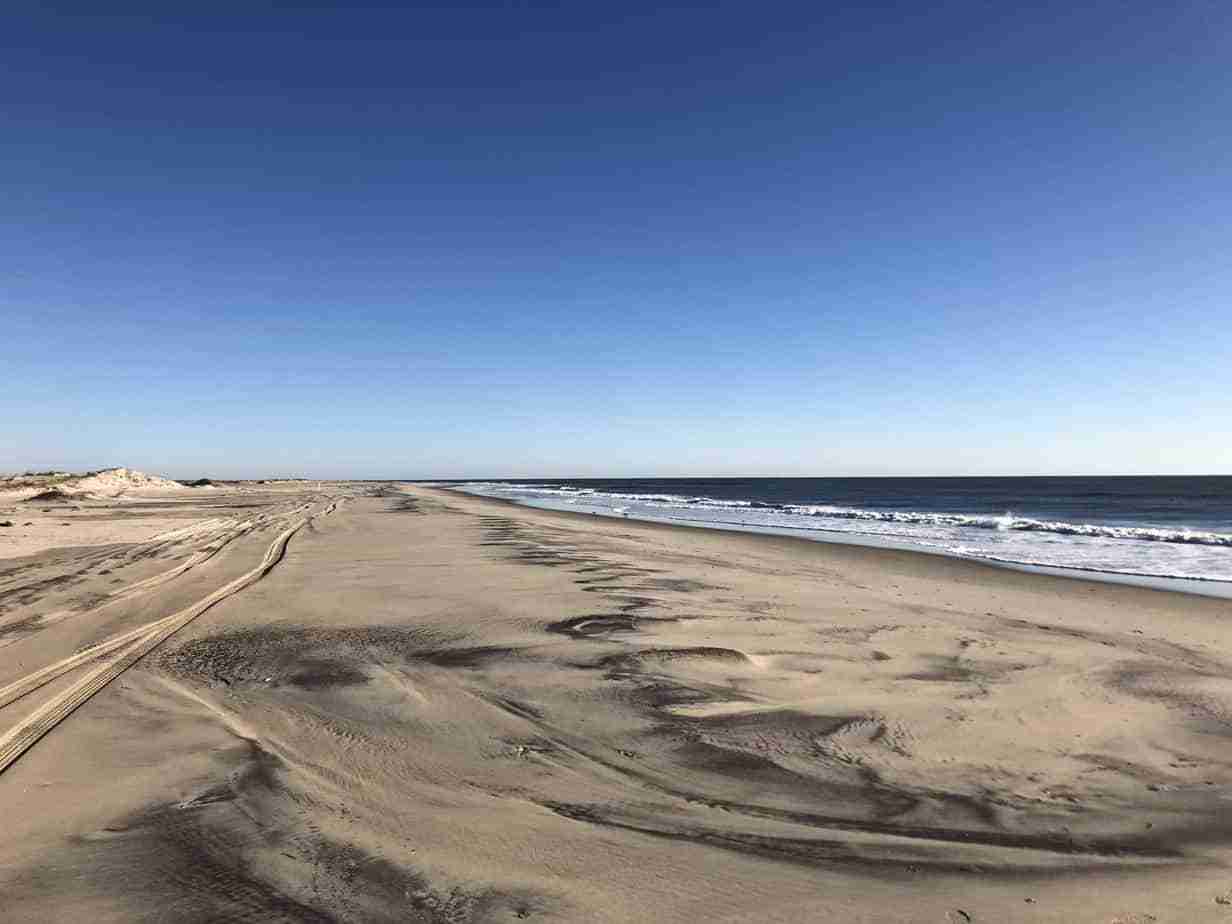 To get to Chincotegue NWR you pass through the small island community of Chincotegue, Virginia.

The town of Chincotegue and the NWR is known for the Chincotegue wild ponies that roam freely about the island. Every July, the the Chincotegue Fire Department has a pony run where they round up the ponies and sell a few off to raise money for the department. The herd is inspected by a veterinarian and transported back to the refuge to live unmolested for another year. The fire department actually has a permit from the government to manage the herd. They are only allowed 150 ponies per year, hence the sale to keep the numbers managed.

Interestingly enough there is a fence that splits the island of Assategue into two sections. This fence keeps the ponies that are managed by the National Park service separate from the Chincotegue ponies.

As we arrived to the island, we saw a Chincotegue pony eating grass on the side of the road. The refuge center was closed due to COVID, so we parked in the incredibly large parking lot and headed down the beach. The plan was to hike a 7 mile round trip to the tip of the refuge. Since it was a Sunday morning, there was no else on the beach except one other couple. We made it down to the end of the beach and I was able to set up an antenna and get on the air.

This operation was a joint US Islands and Parks on the Air activity. I first spotted for US Islands but had no takers. According to my good friend, Jay NS4J who is involved with the US Islands program, most activation’s these days are in the phone section of the bands. As a result, I switched over and spotted myself for Parks on the Air and had some nice contacts including two VE stations.

Logistically, beach operations are always difficult trying to keep sand out of the radio, keyer and yourself. My wife suggested getting a small plastic box with lid that I could keep the radio in and keep sand out which was a brilliant idea. That is something I will need to add for the next beach activation.

Overall, it was great way to spend a Sunday morning. We really like remote quiet outdoor locations, and Chincotegue NWR is high on our list. 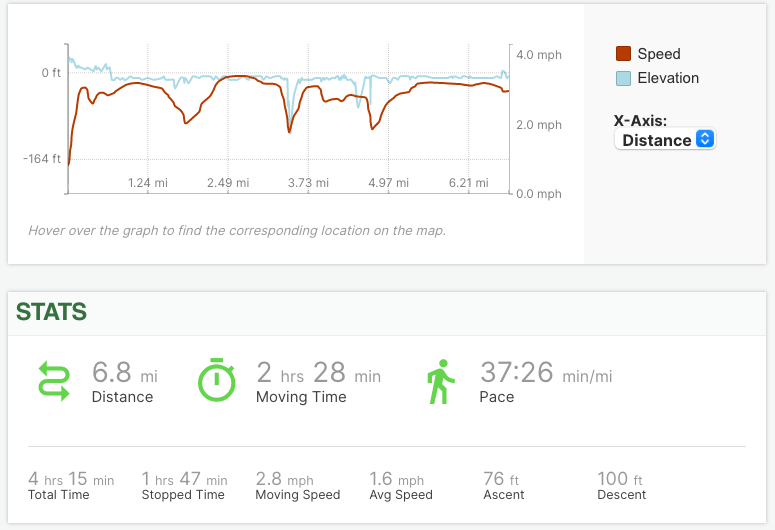 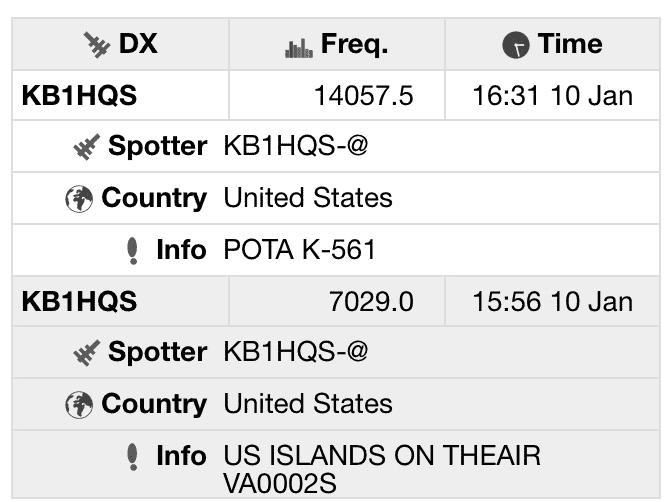 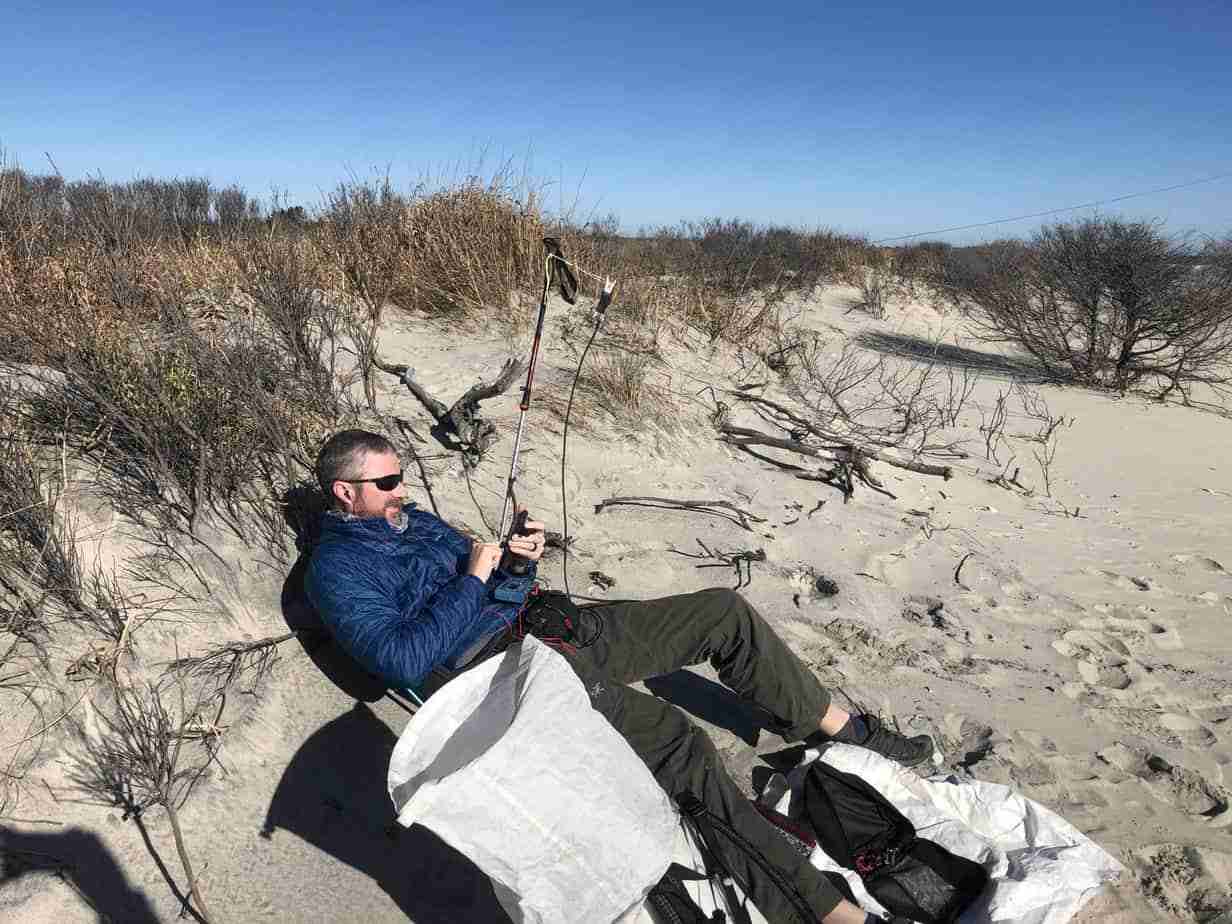 One modification I need to 3D print are flat disks that attach to the bottom of my portable chair. The small (10mm)chair nubs sink right into the sand so more surface area is needed. It should also be noted that neither my antenna mast or my hiking poles are actually secured in anyway. They were just propped against trees and driftwood on the beach. Took me awhile to find the right spot, but it was well worth it. 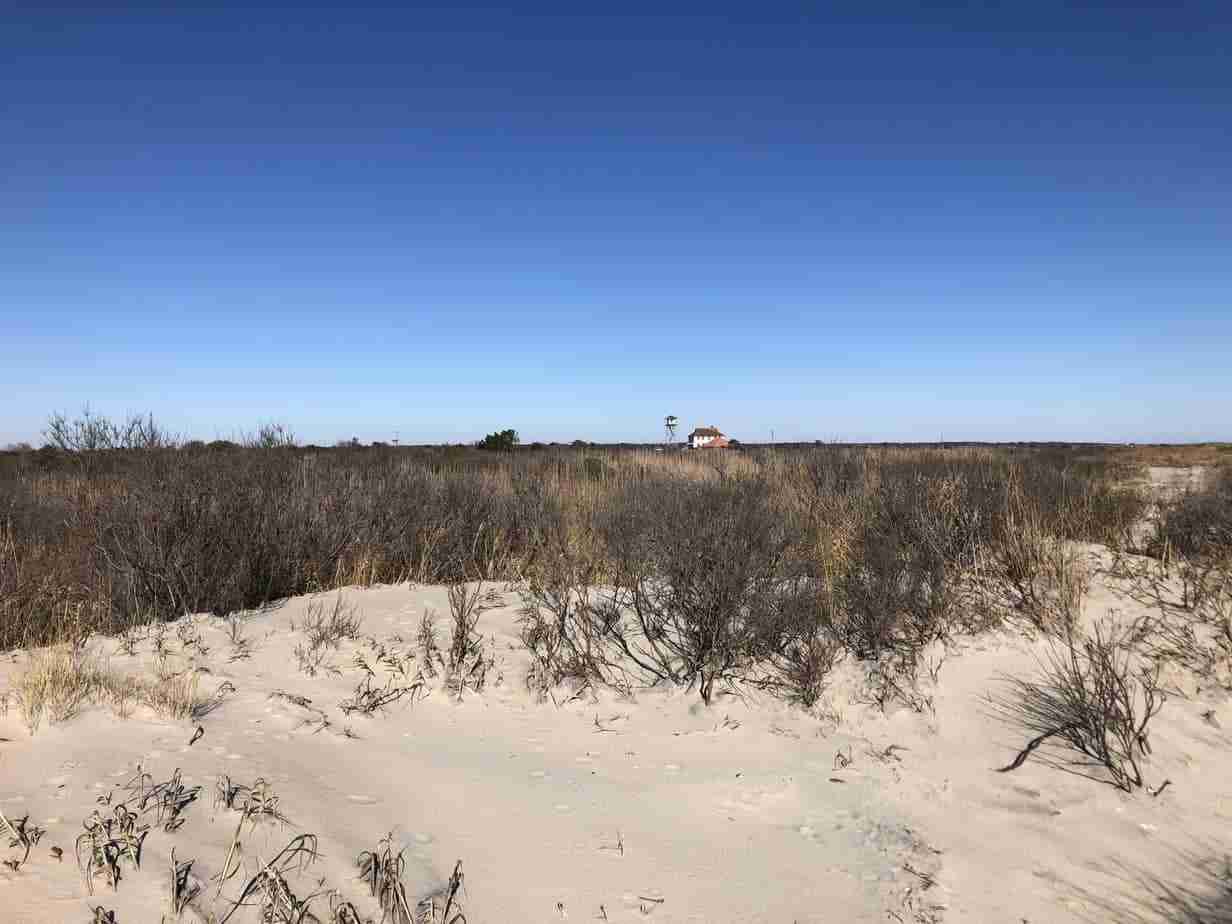 All the latest information on portable operating in the amateur radio world.
Subscribe 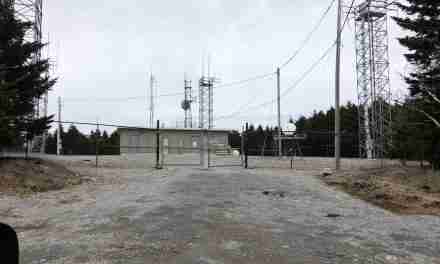 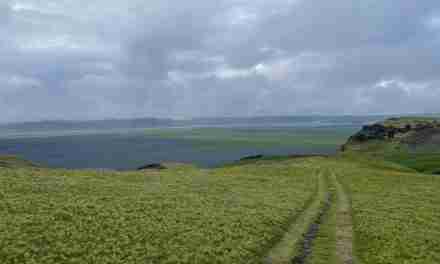 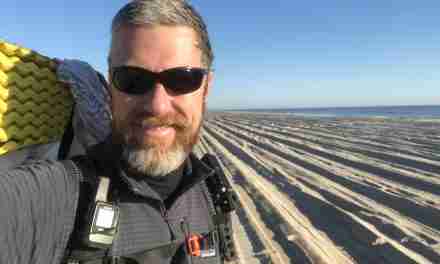