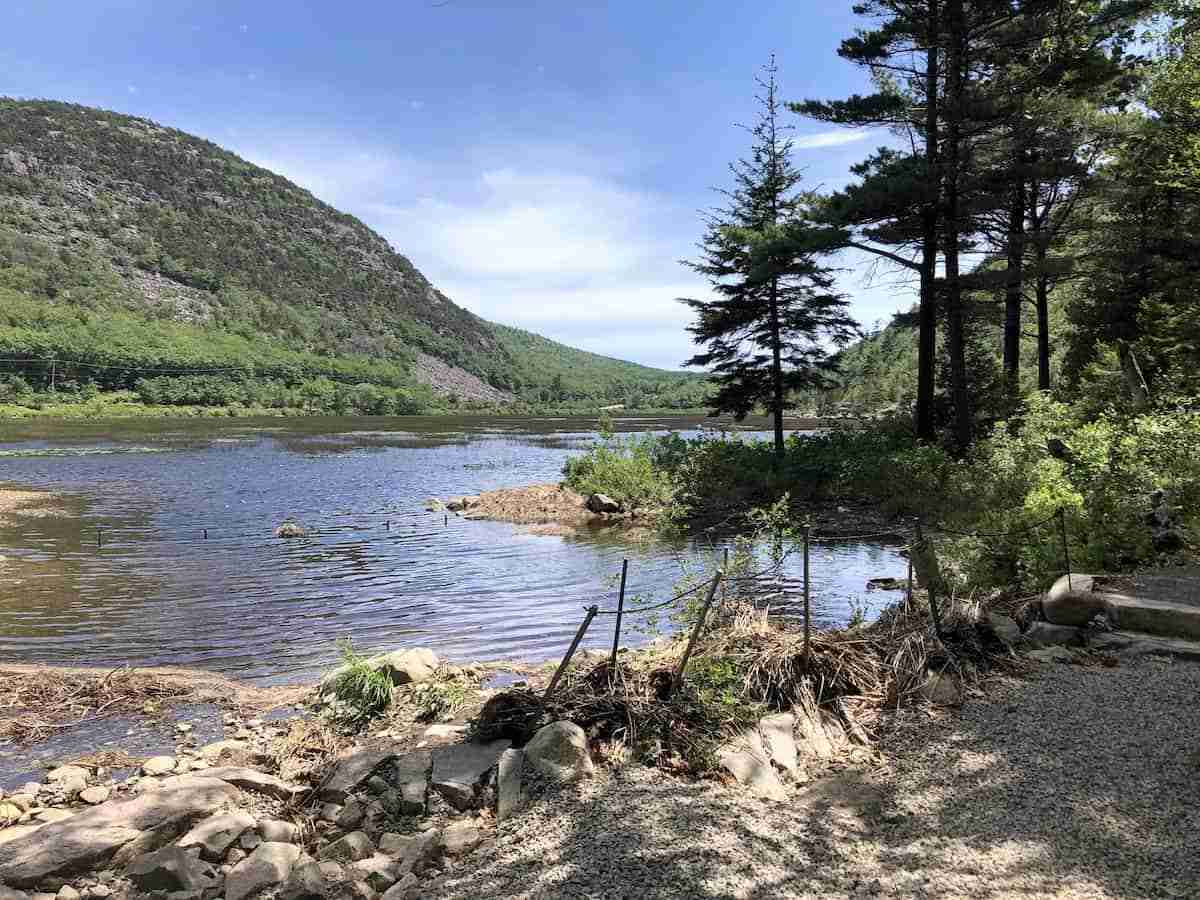 Cadillac Mountain (W1/DI-001) is the tallest and most popular summit in Acadia National Park. Up until 2021, anyone could hike or drive up the two lane auto road to the summit. Due to the overwhelming popularity the park has established a reservation and payment system that is now required to drive up up to the summit. For those hiking, this does not apply. 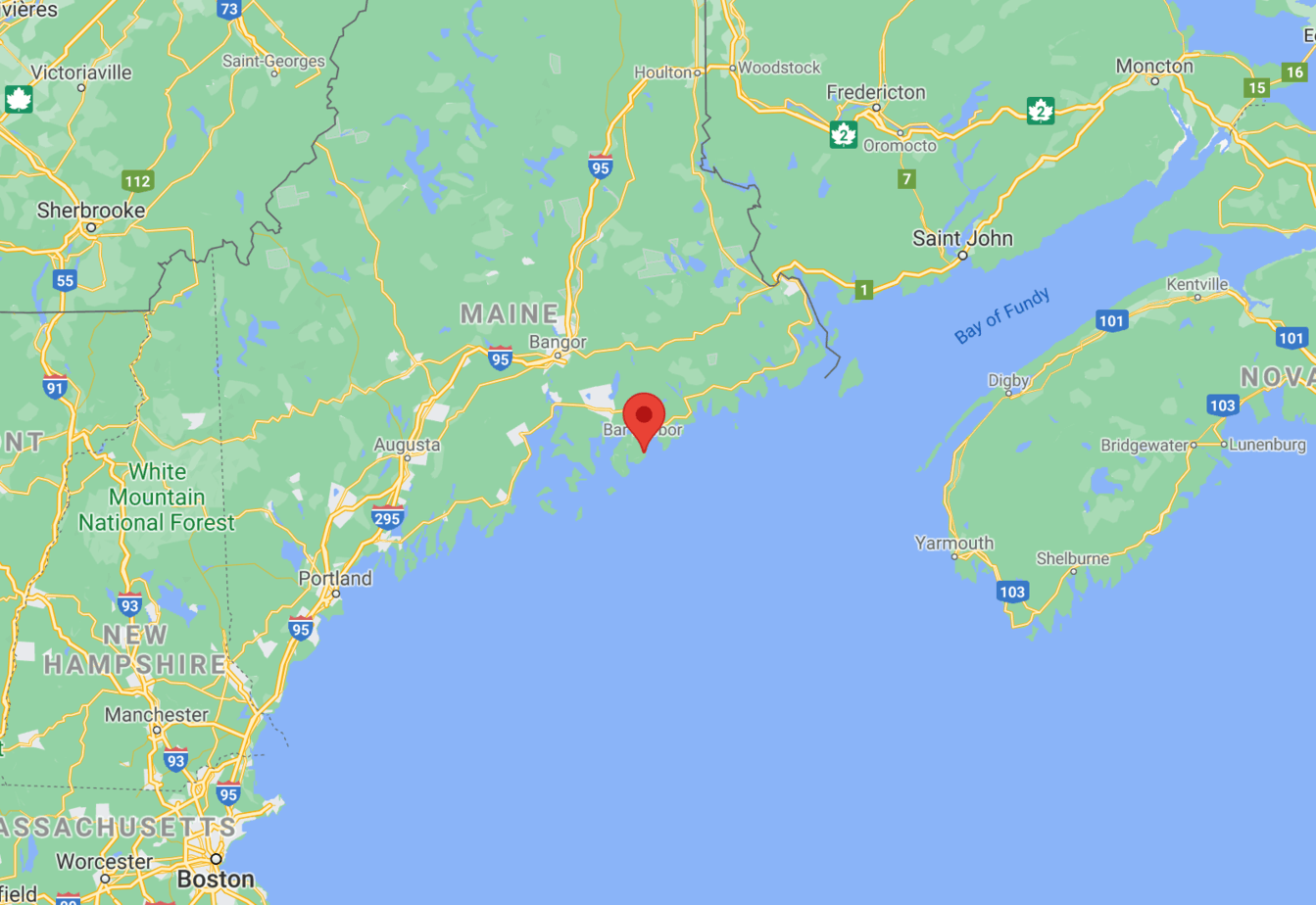 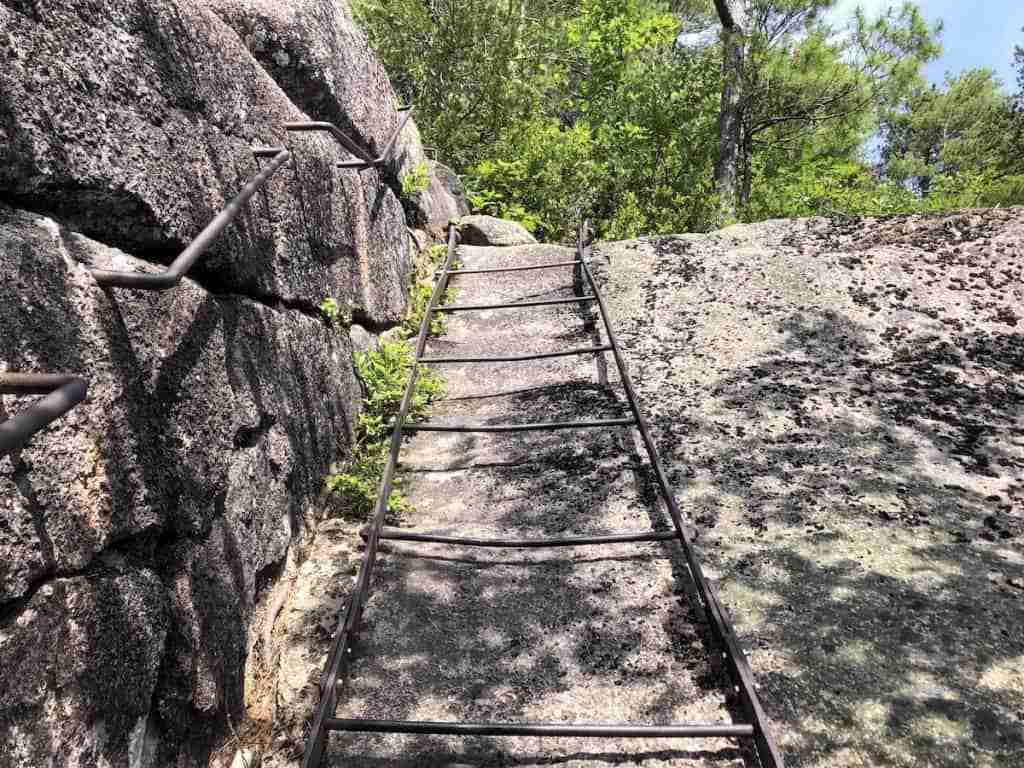 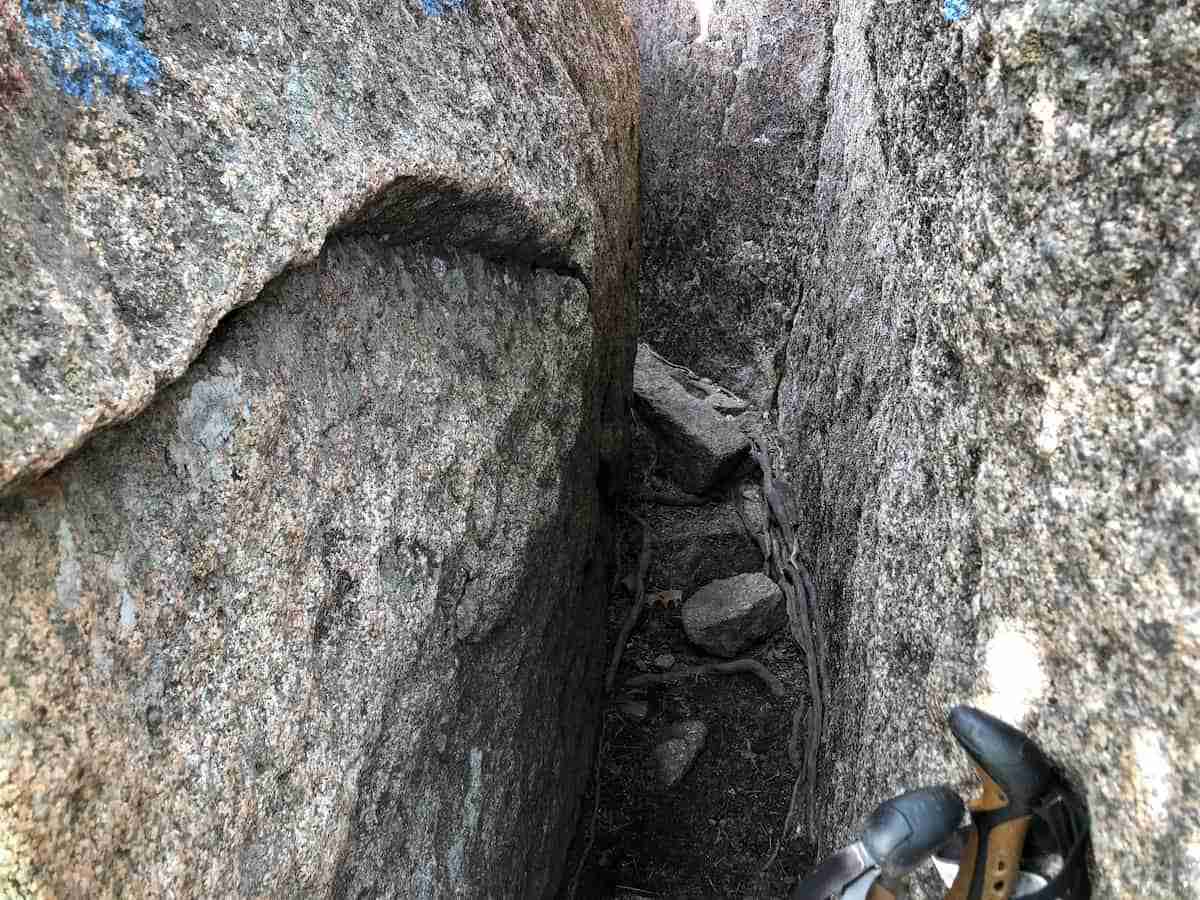 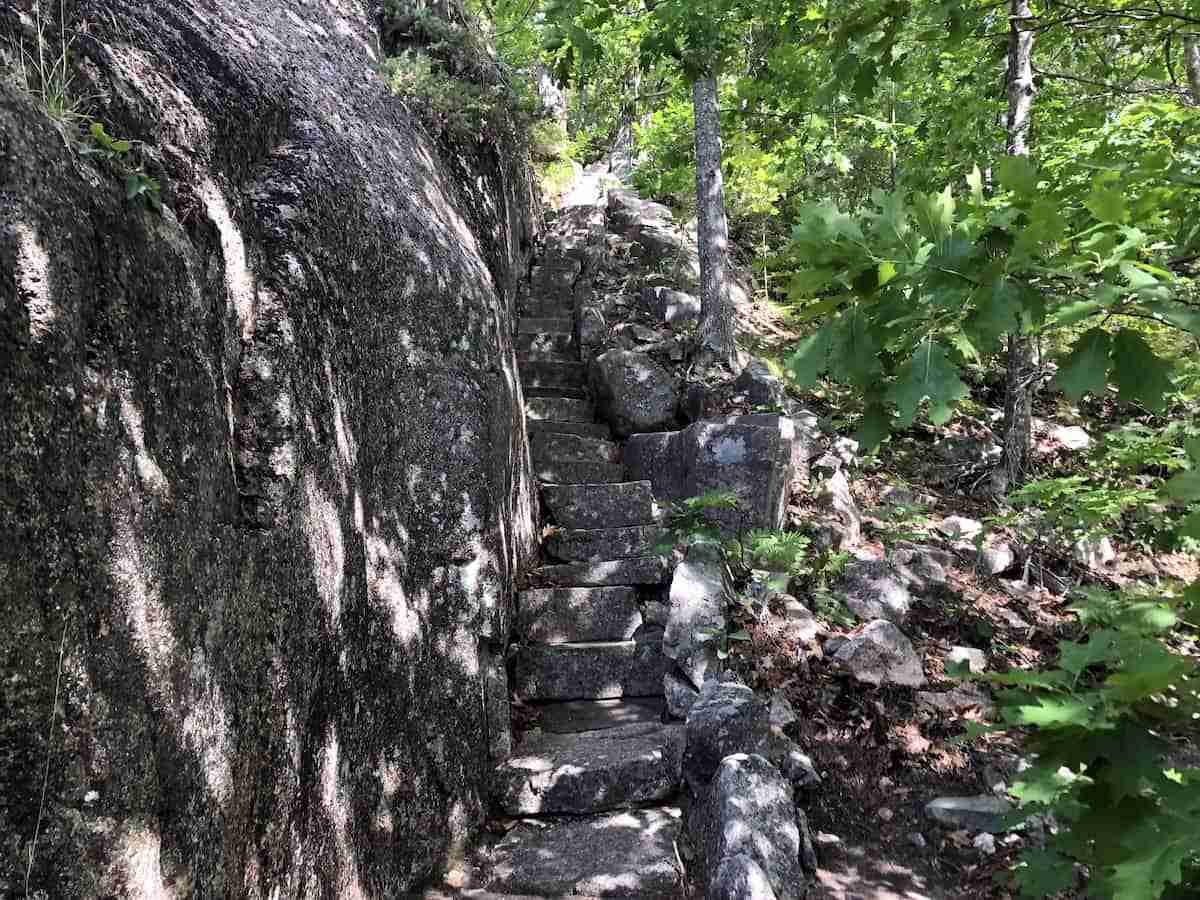 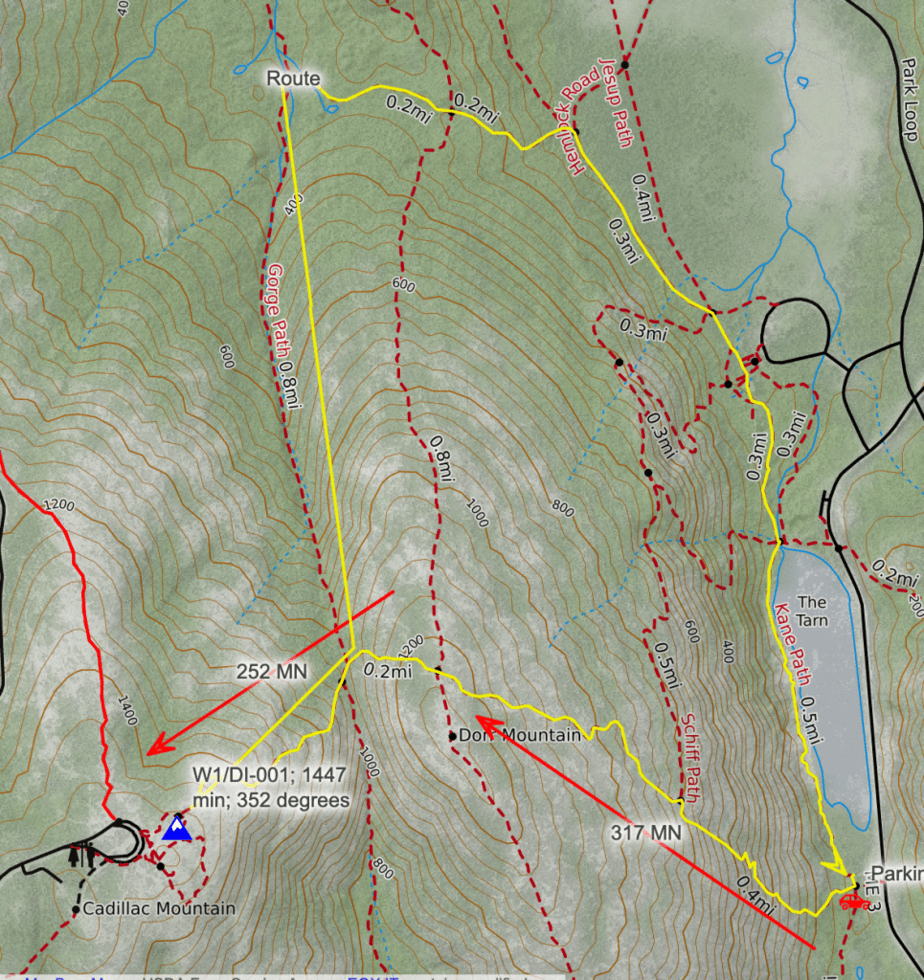 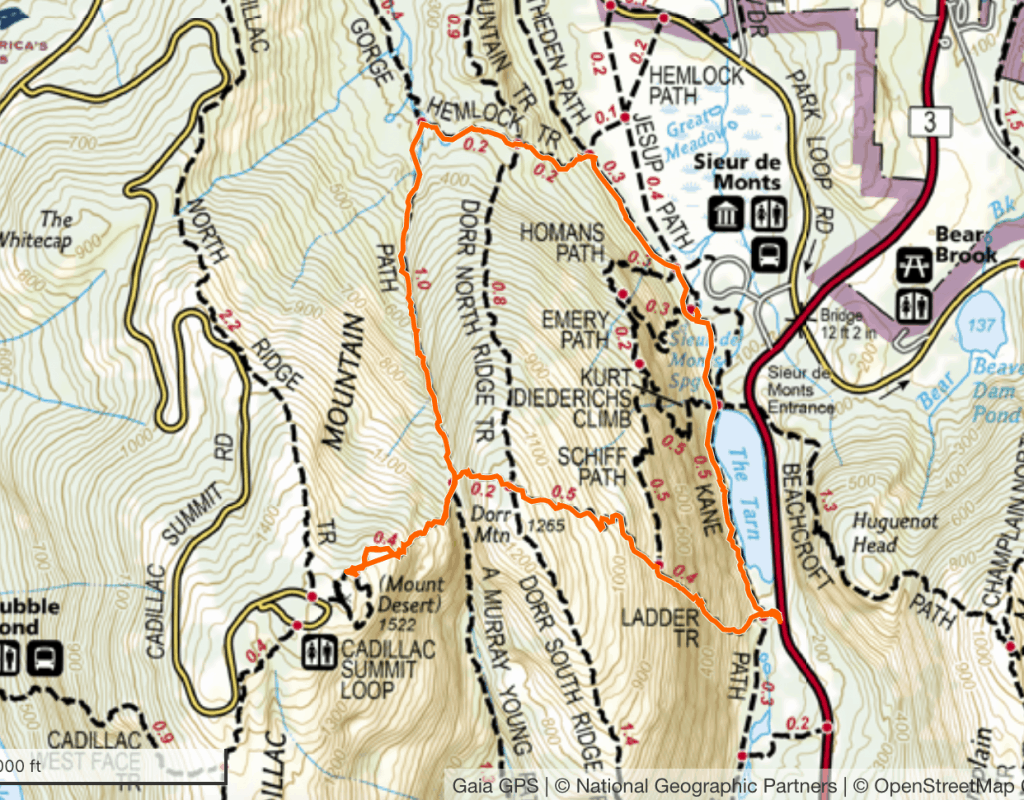 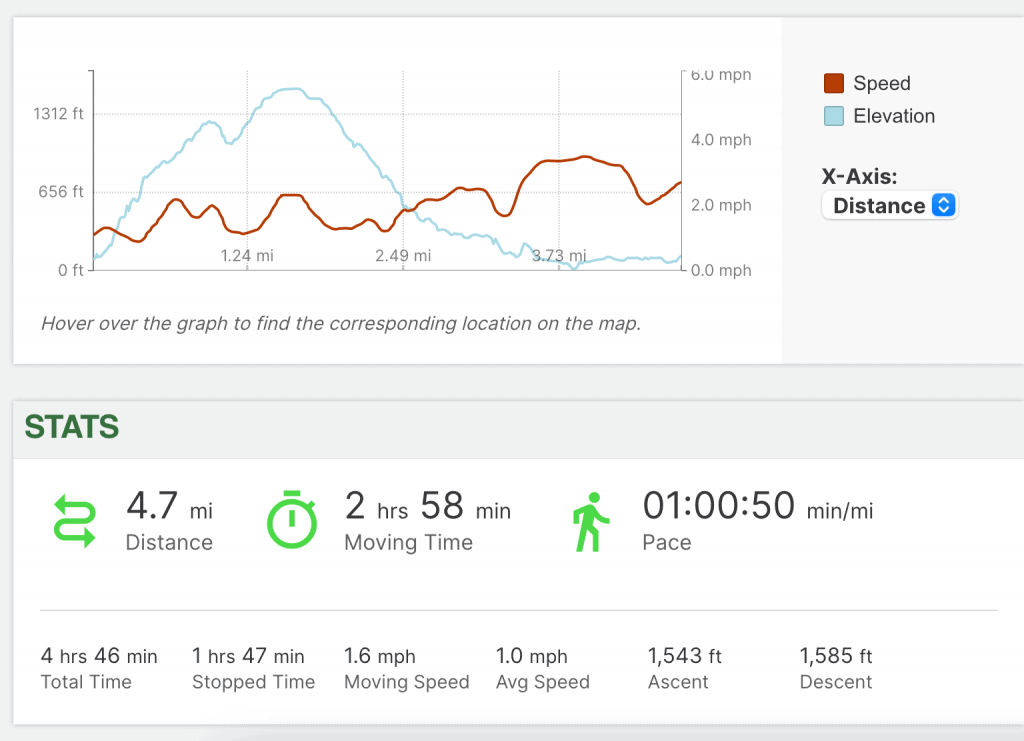 I decided to hike up Cadillac from the east starting at Route 3. This track would lead me up some seriously steep terrain that included metal ladders to get to the top of Dorr mountain. Some of this climbing actually resembled the harshness of the White Mountains. Once I made it to the top of Dorr I then had to descend back down into a valley to climb back up to Cadillac.  The distance looked a lot further than it was.

As I left the summit of Dorr Mountain, there was a large group trying to figure out where they were supposed to go. I overheard words like ,”Well, the All Trails app says..” and so on.

Pro tip #1: Don’t stand in the middle of a trail junction. Not only do you block the sinage, it’s annoying to get around you. I actually bulldozed my way through the middle of the group to confirm I was on the correct path.

Pro Tip #2: Bring a paper map so you don’t look some newbie novice who’s life is dependent on a cell phone. Back in the day you had a topo or a map that you got with a guide book if you were lucky. Today you can make your own custom maps giving you a pre-trip familiarization allowing you to create a mental map in your head. Cell phones do not give you this opportunity.

I finally reached the sumit of Cadillac. It is always easy to tell because the whole summit is covered in random people wandering around aimlessly.

I set up my station on the very lower edge of the activation zone to try and get some open space.

I started with VHF but considering I only had about 30 degrees of open horizon due to people and the summit behind me I was lucky to get my four contacts. In talking with one local VHF operator, he informed me that many of the locals hang out on 146.565 or 146.595, so if your activating in this area, you might try those frequencies as well.

Later, I tried the A0-91 pass but it was a mess of chaos, rude operating and general frustration. I thought this was supppsed to be fun.

Anyhow, I took a nap and ate a snack and headed down the summit. I decided to detour and follow the valley gorge and hike around Dorr mountain. I’m glad I did because it was really cool micro climate/environment that I didn’t know existed in the park. After rounding Dorr, the trail flattened out and I headed back to the car. While the contacts and radio action were lacking, overall it was a fun hike. 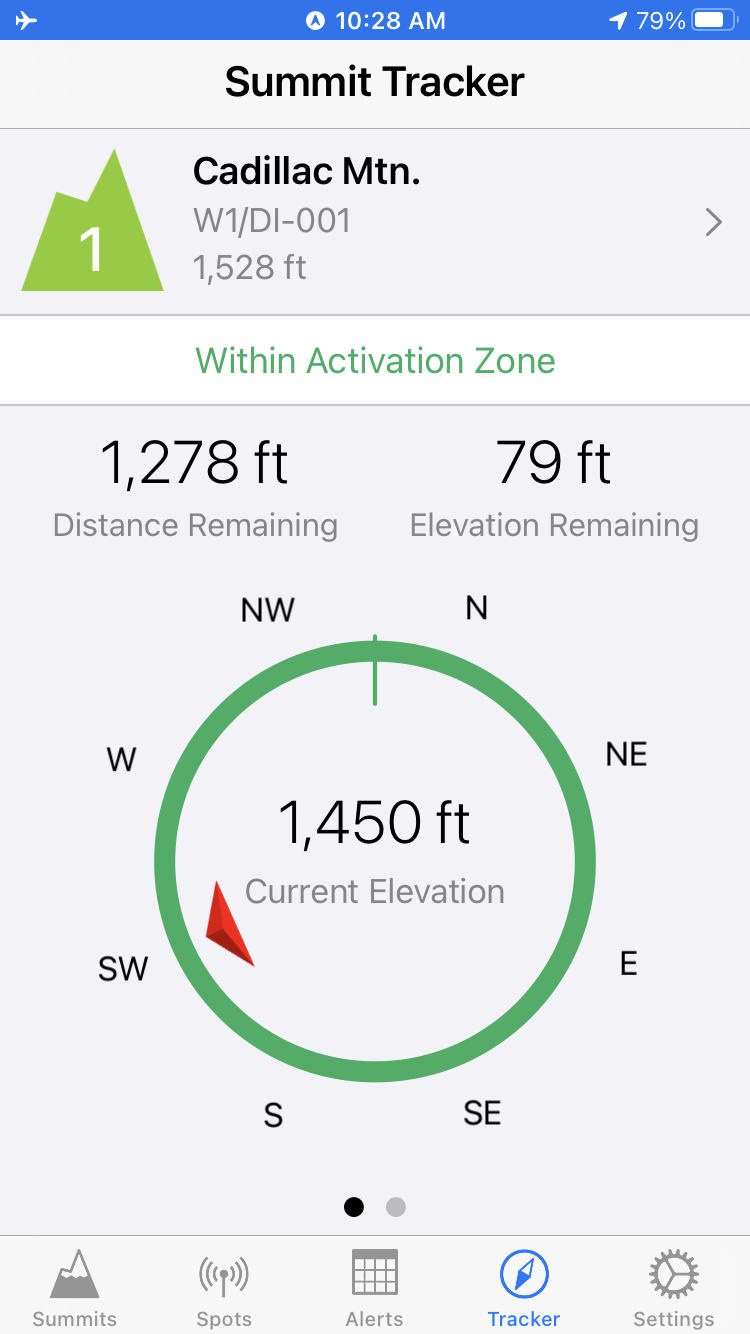 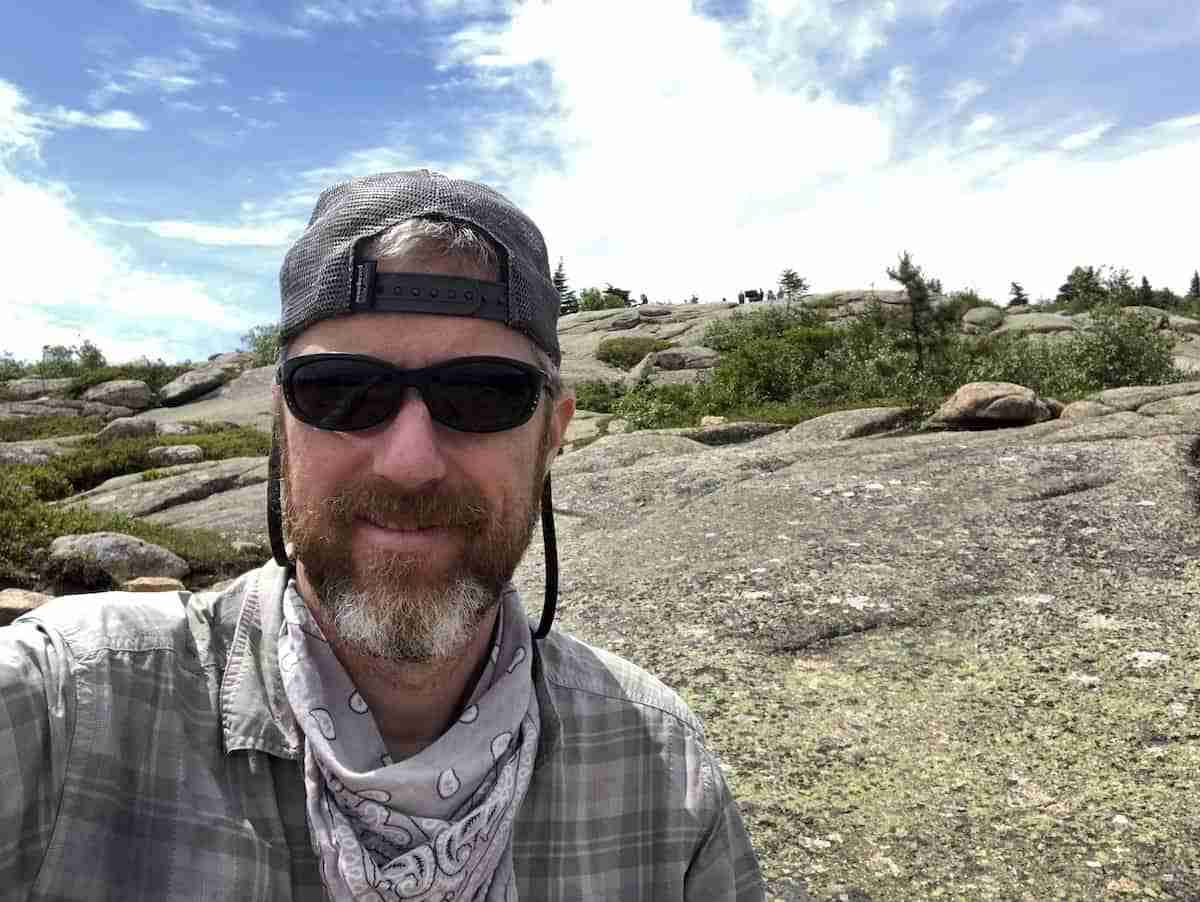 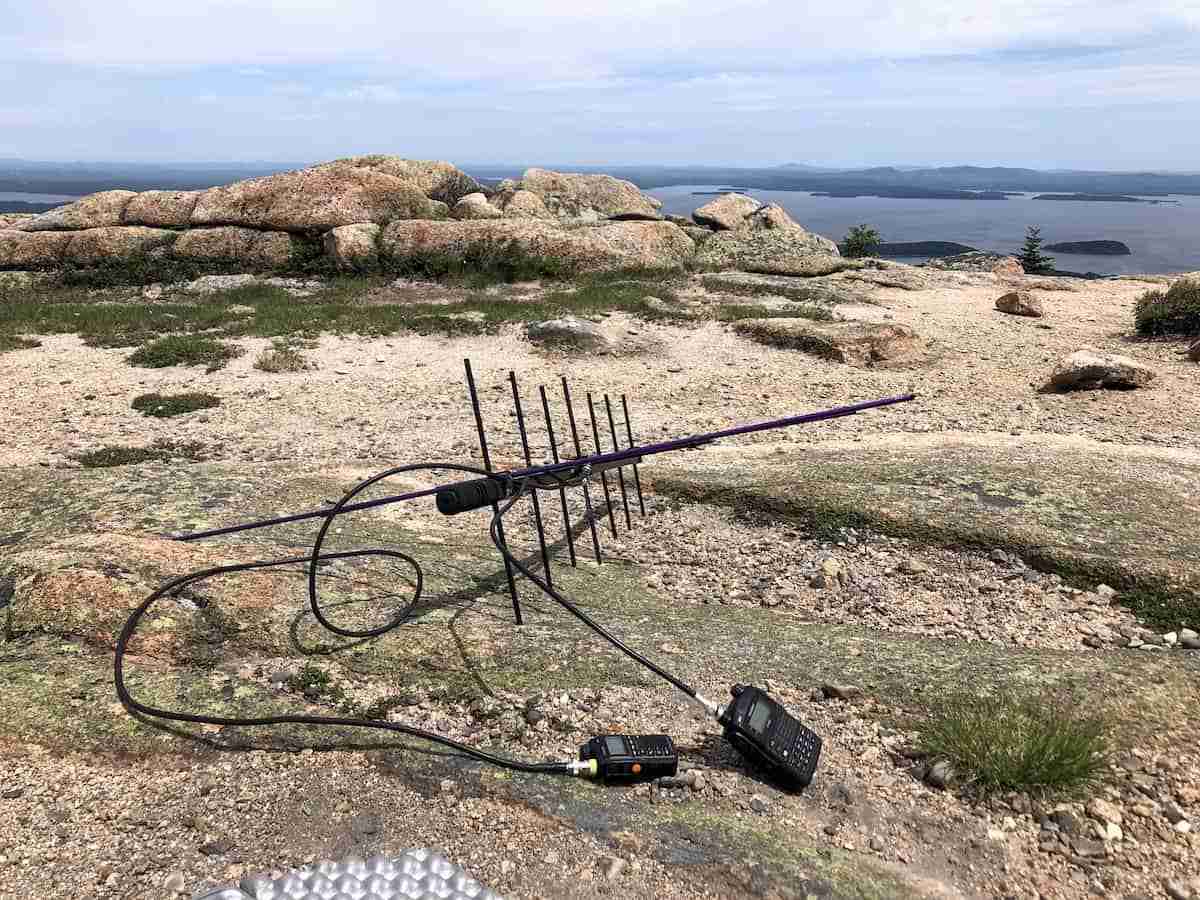 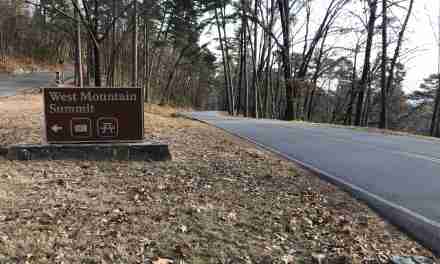 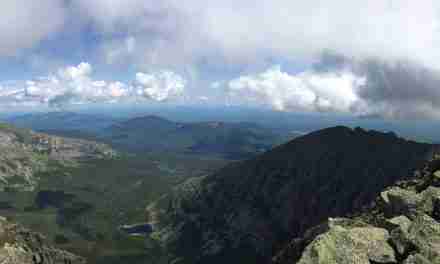 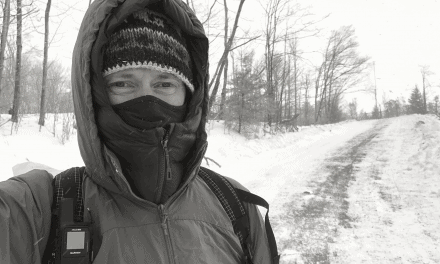