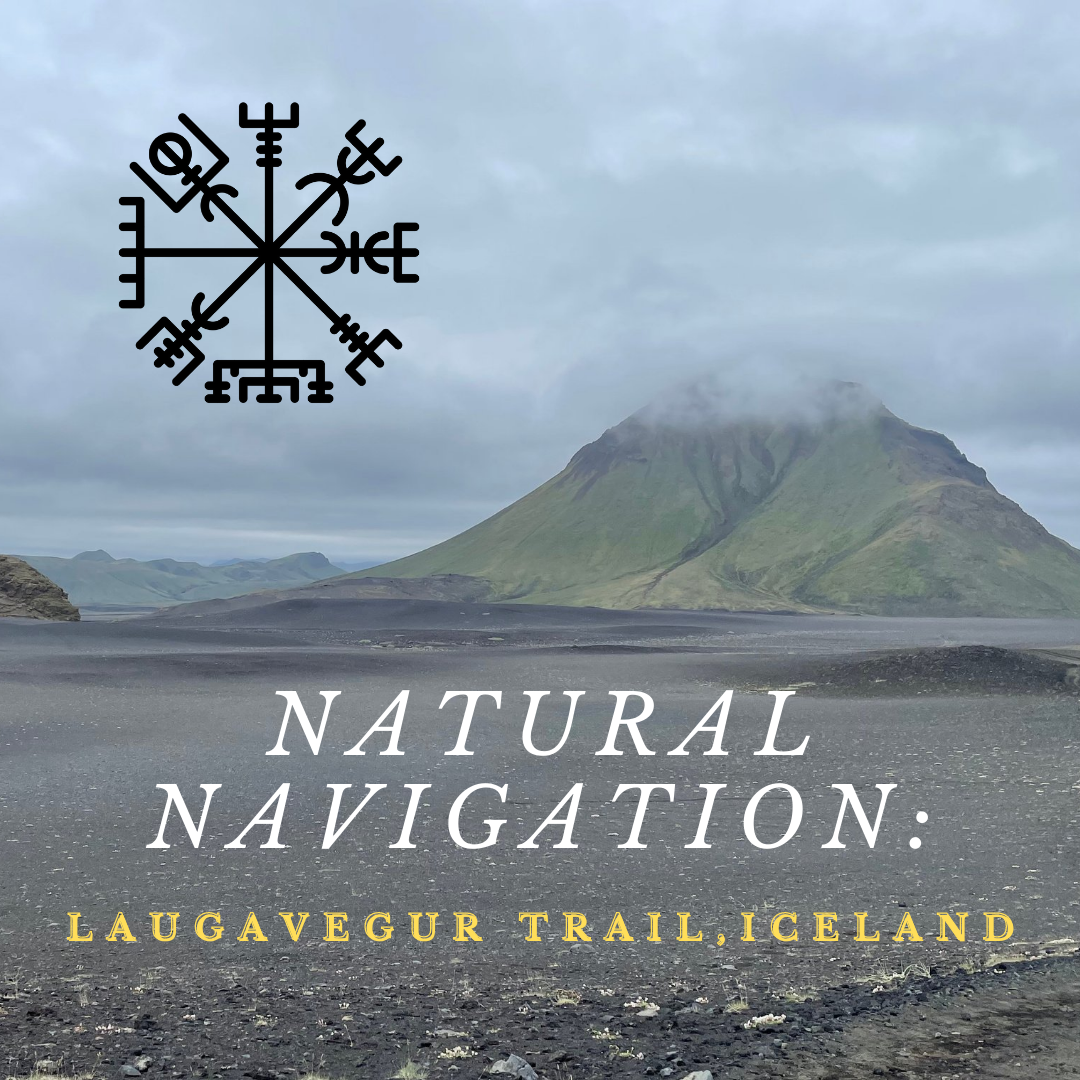 Natural Navigation is a skill many overlook with the proliferation of handheld GPS, cell phones and electronic mapping. Natural navigation reaches back to a time when people spent more time in nature, and not on electronic screens. Their ability to maneuver in the outdoor world could make the difference between staying alive or getting lost and dying. 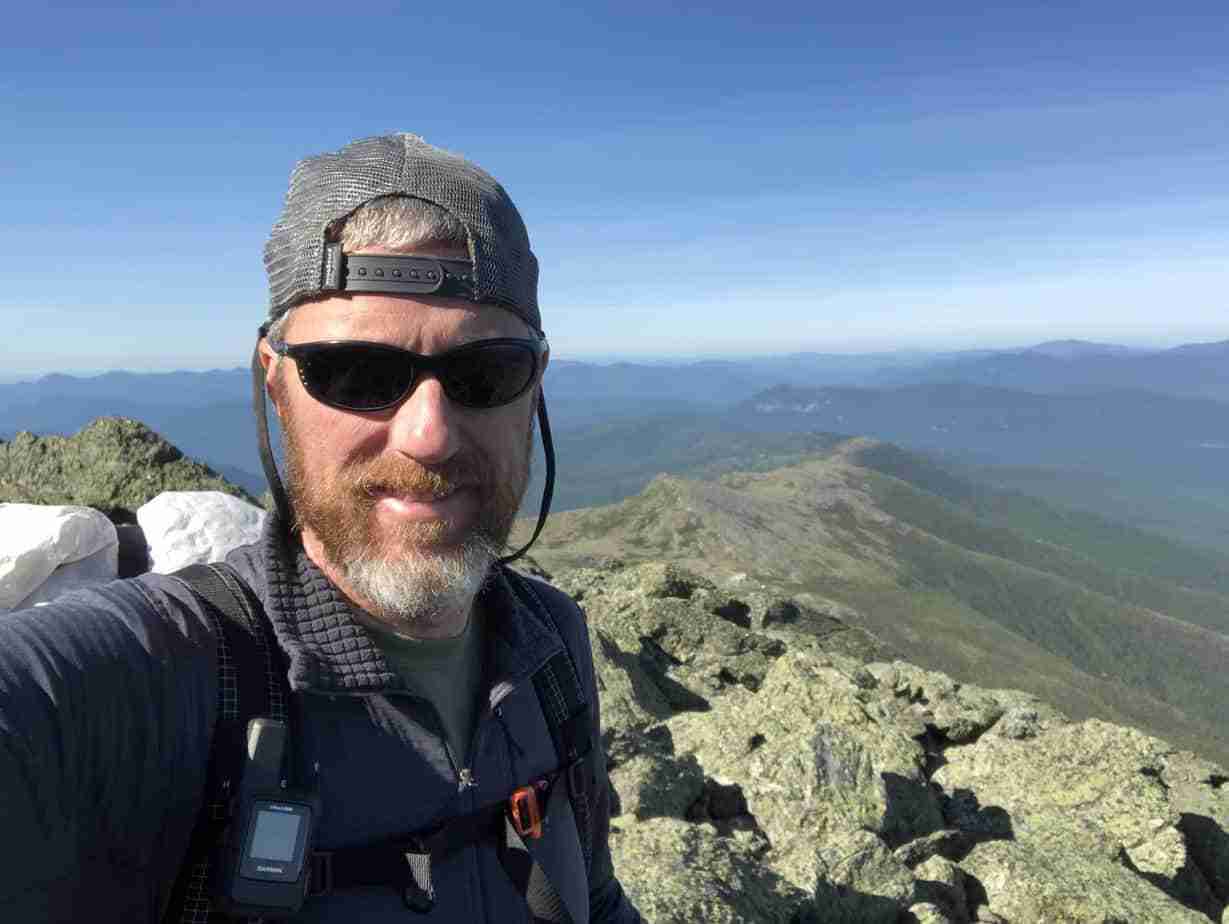 Recently I was in Iceland which was a great training ground to sharpen my natural navigation skills. While hiking, I had the following gear with me: 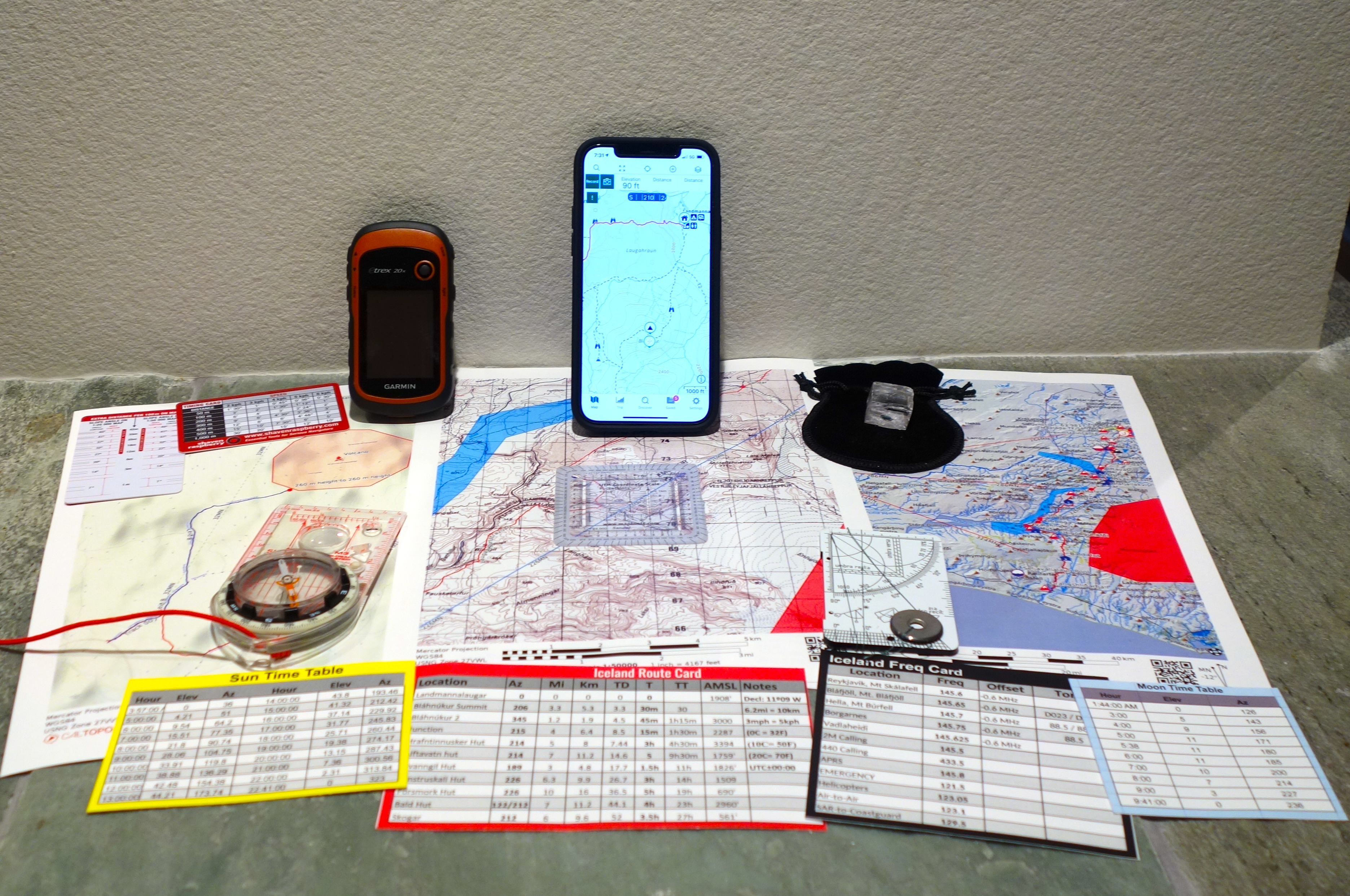 I also used several natural navigation techniques to help orient myself while on my 3 day, 50 mile hike:

The first celestial body I used extensively was the sun. Since we were walking north to south, we were able to use the sun. Since we were right below the arctic circle, the sun was low in the sky but was a nice southernly beacon as noon approached. I also made custom laminated sun & moon angle cards to supplement times other than noon. 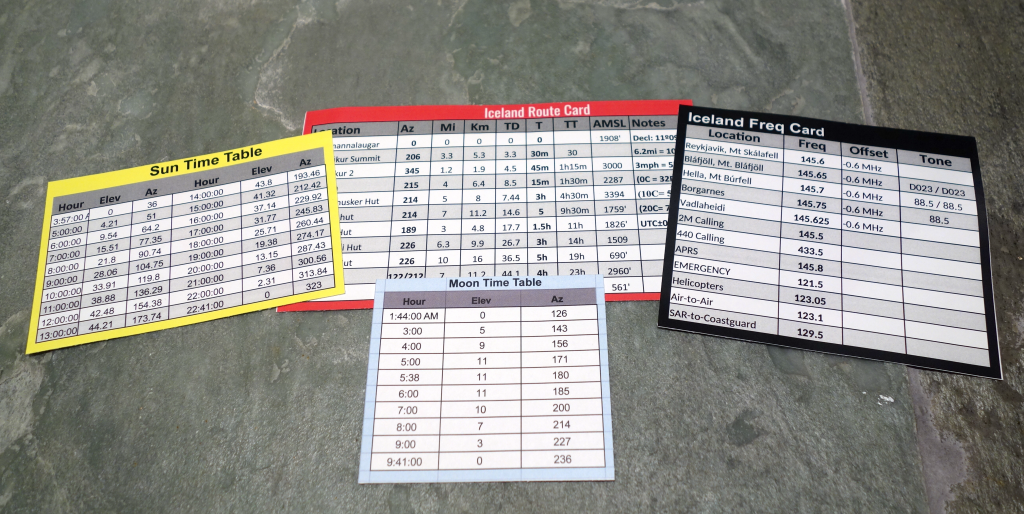 One tool I carried specifically for Iceland was Icelandic spar aka Viking sunstone. Since Iceland often had foggy or overcast days, sunstones were used for maritime navigation between the islands. All you need is a small patch of blue sky and the optical and polarizing qualities of the rock will indicate the direction of the sun. 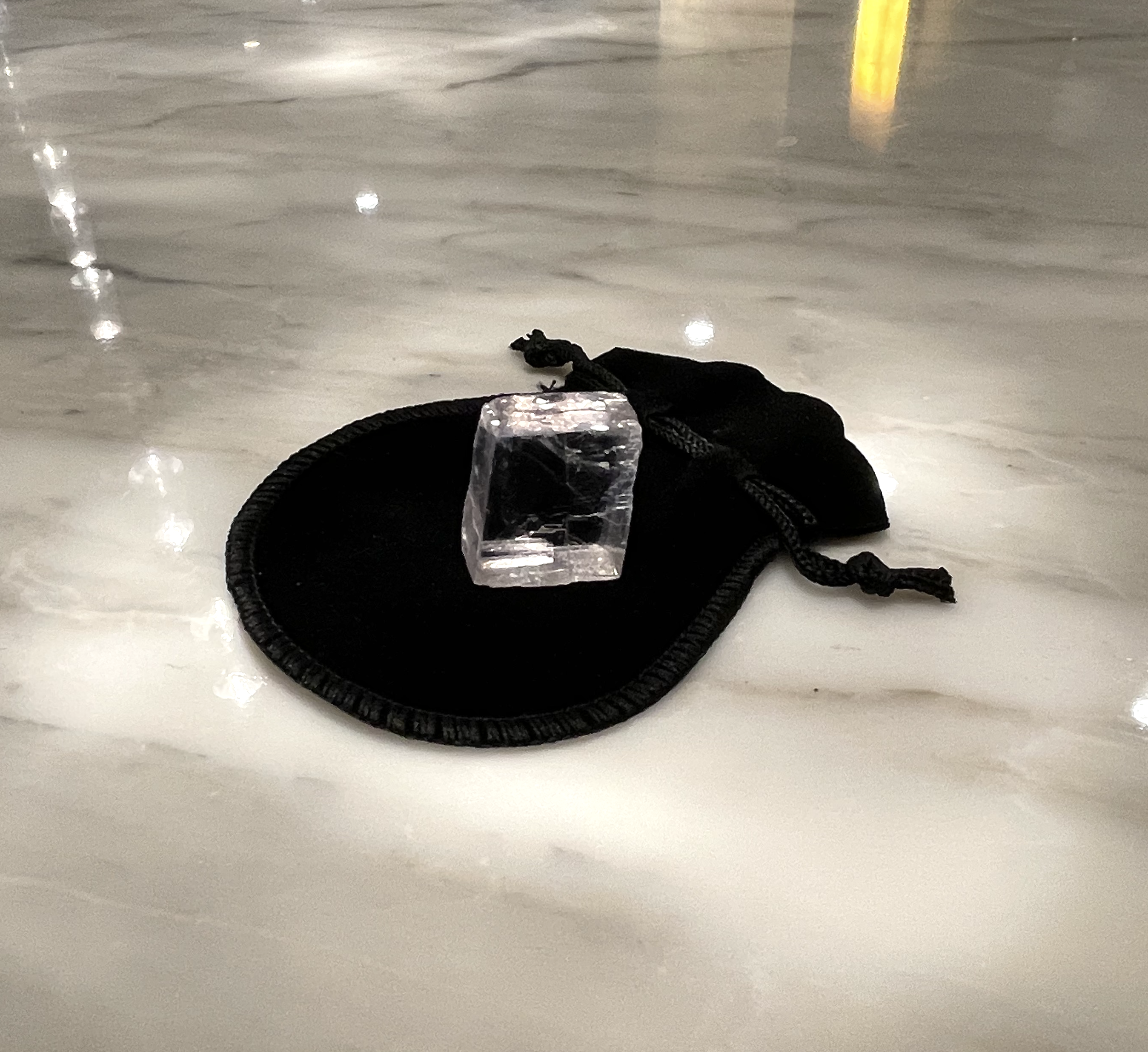 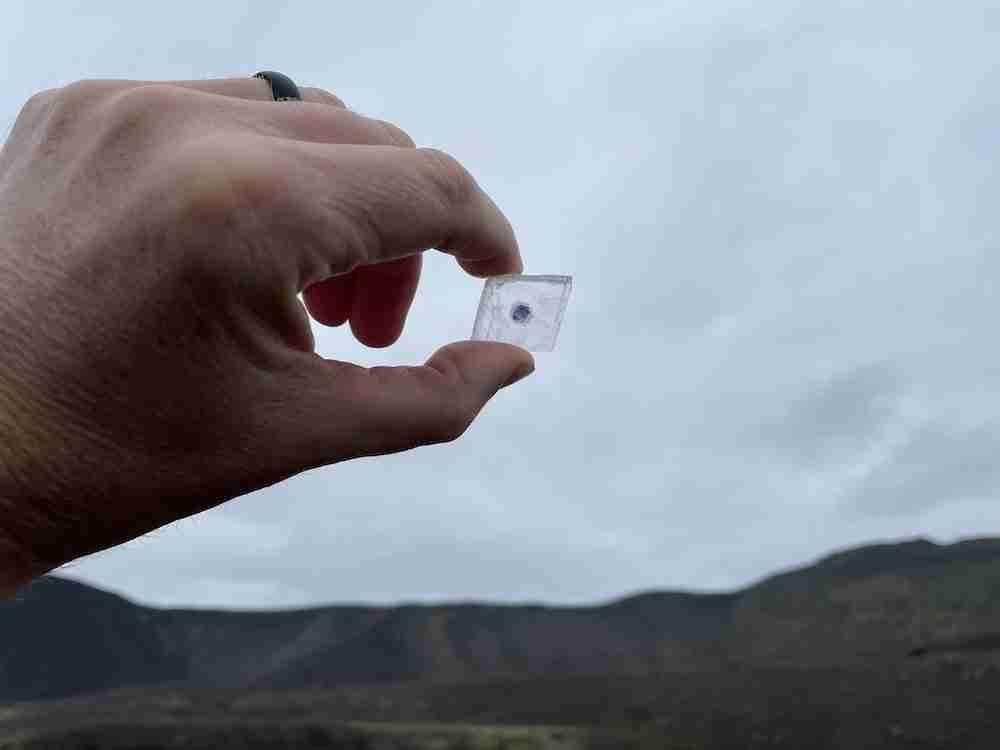 Several times I had good cloud cover to try it out and each time was inconclusive. I’m not sure if my black mark (Sharpie) was defined enough or if my technique needed help. 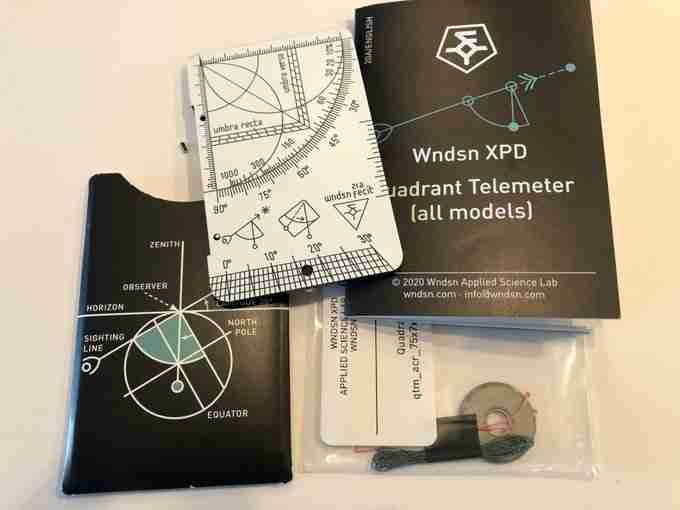 Another celestial tool I carried was my Wndsn High-Viz Quadrant Telemeter that would allow me to measure Polaris, giving me my current latitude since Polaris is 1 degree from true north. While the skies of Iceland were clear and full of stars, the actual hours of darkness were limited to only a few hours a night. After 11 hours of hiking, there was no way I was staying up till 2:30am to find my latitude. 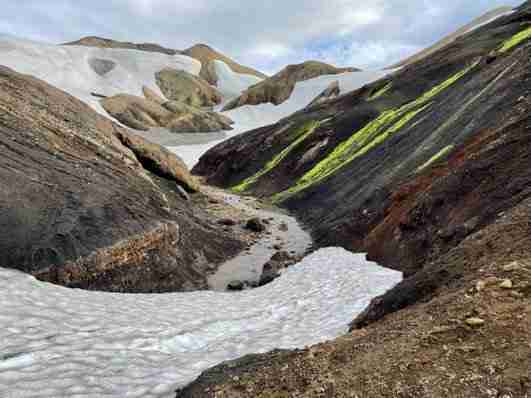 The soil was primarily volcanic in nature but still offered a variety of colors. In the beginning of our hike the mountains were especially colorful. As the days went on and we passed between the glaciers near the newly formed volcanos Móði and Magni, the soil took on a brown/blackish color indicating recent volcanic activity. 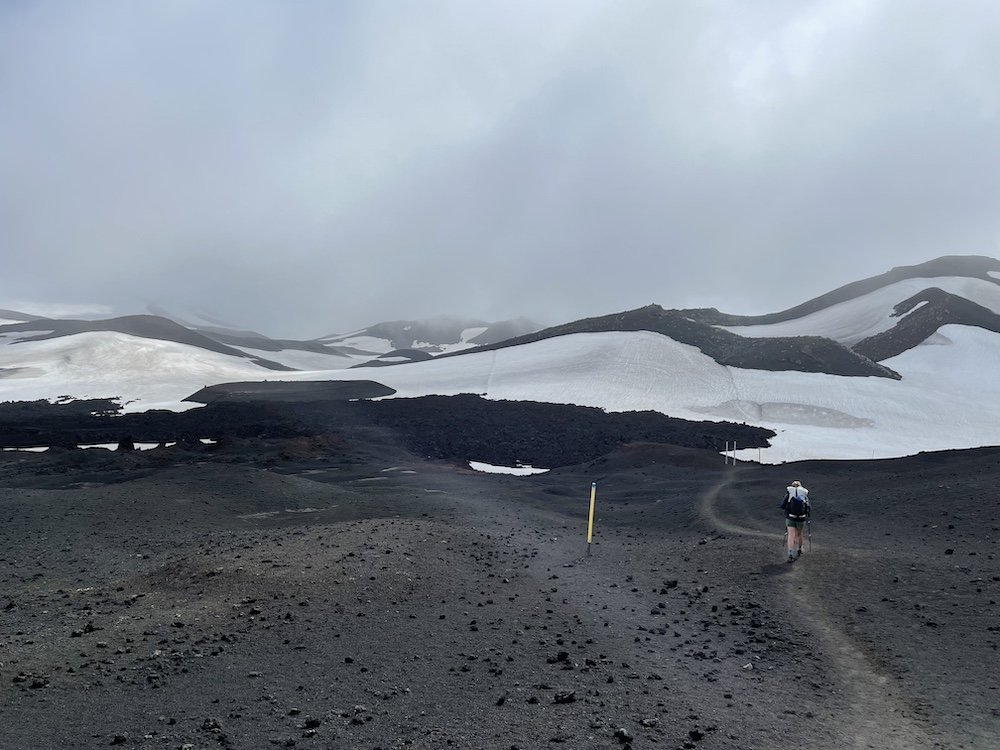 Two large glaciers flanked the trail giving us spectacular views. These were helpful visible handrails that helped reassure us that we were heading in the right direction. Also, while hiking between the two glaciers, we encountered a very visible microclimate that included snow, fog and low winds. There were navigational cairns and pylons that indicated the path and footprints in the snow which also served as trail indicators. 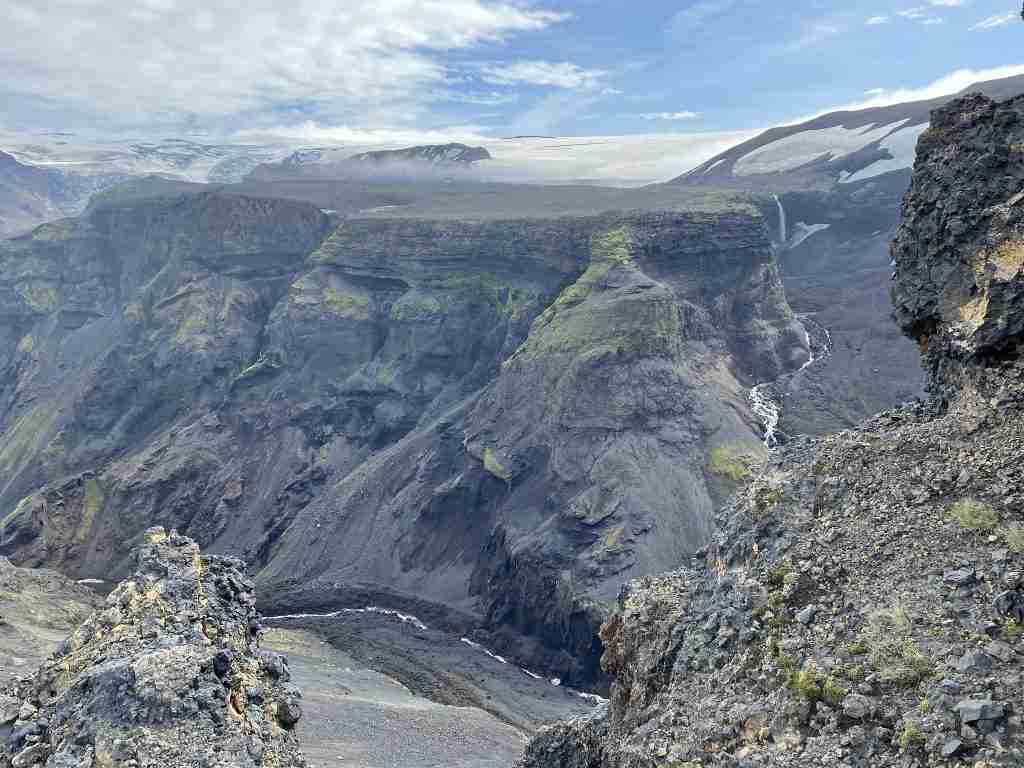 We crossed several rivers that were good waypoint checks as we hiked. A couple of times it was uncertain where we needed to cross and just looked for footprints from previous hikers. Considering we didn’t see any bodies floating downstream we accepted that it was a safe place to cross.

One very unexpected river navigational aid was partying Icelanders but I will save that for the sound section. 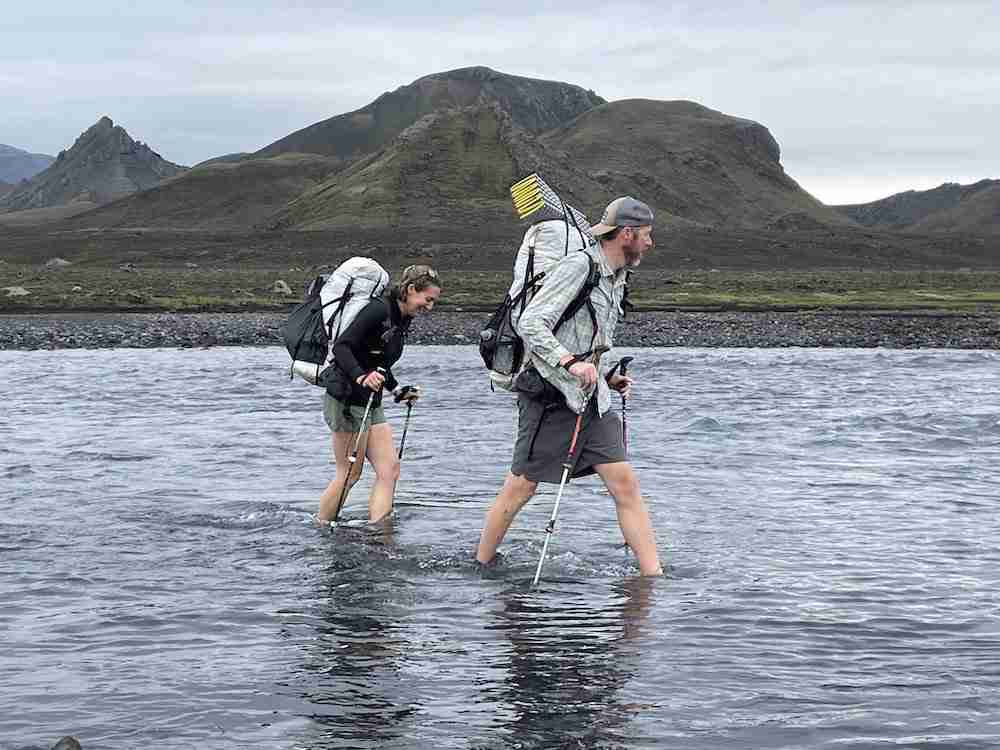 Leaving the plane and entering customs you quickly notice that Iceland has an interesting smell of clean air and volcanic dust, kind of a sharp earthy smell. Being an island of geothermal activity gave us some great clues on using smell.

During the first day of the hike there is a section that was marked on the map as a geothermal area and to use caution. 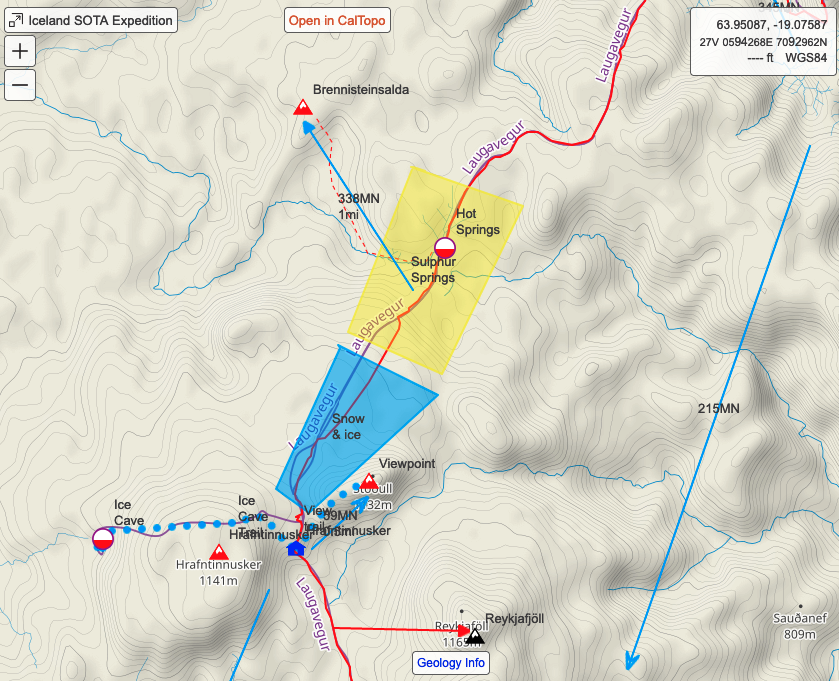 After several miles we smelled the section long before even seeing the thermal off gassing. It had a very pungent sulphur smell that was very unique.

Another smell that wasn’t as obvious was the smell of the ocean. As we descended the waterfalls section on the last day we arrived at the southern coast of Iceland. Along with the moving fresh water from the glaciers, we also caught a whiff of salty air, though not very strong.

Speaking of waterfalls, as we finished the trail we could often hear the waterfalls but not see them very well. A heavy fog had settled in giving us limited visibility. 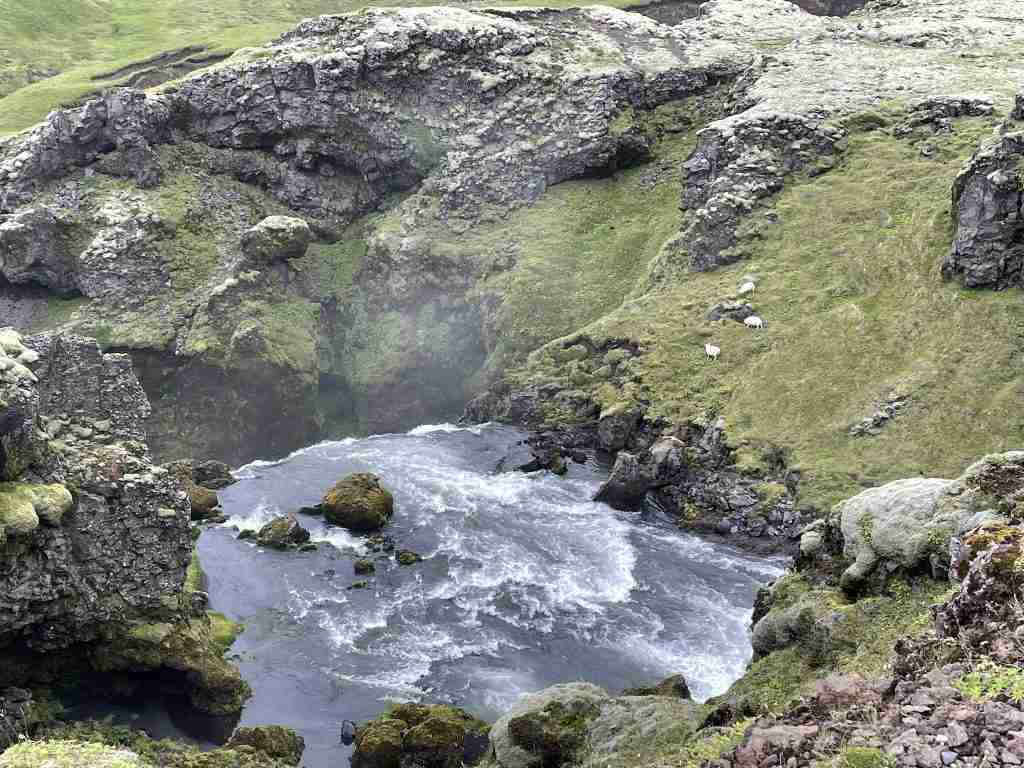 Sound was also very confusing while hiking between the glaciers as the fog layer distorted peoples voices and the direction that it was coming from.

One unusual sound we encountered before being seen was a group of locals partying along a river. Before seeing the river we could hear them having fun and carrying on. Surprisingly they offered no help in determining which spot on the river to cross considering it was a very cold and deep crossing that came up your to upper thighs. Perhaps there was a language barrier.

The winds in Iceland are notorious especially when an Arctic low slams into the island.

We had an incredible weather window that gave us almost no wind, with the exception of one short hour wind gust on top of a plateau. 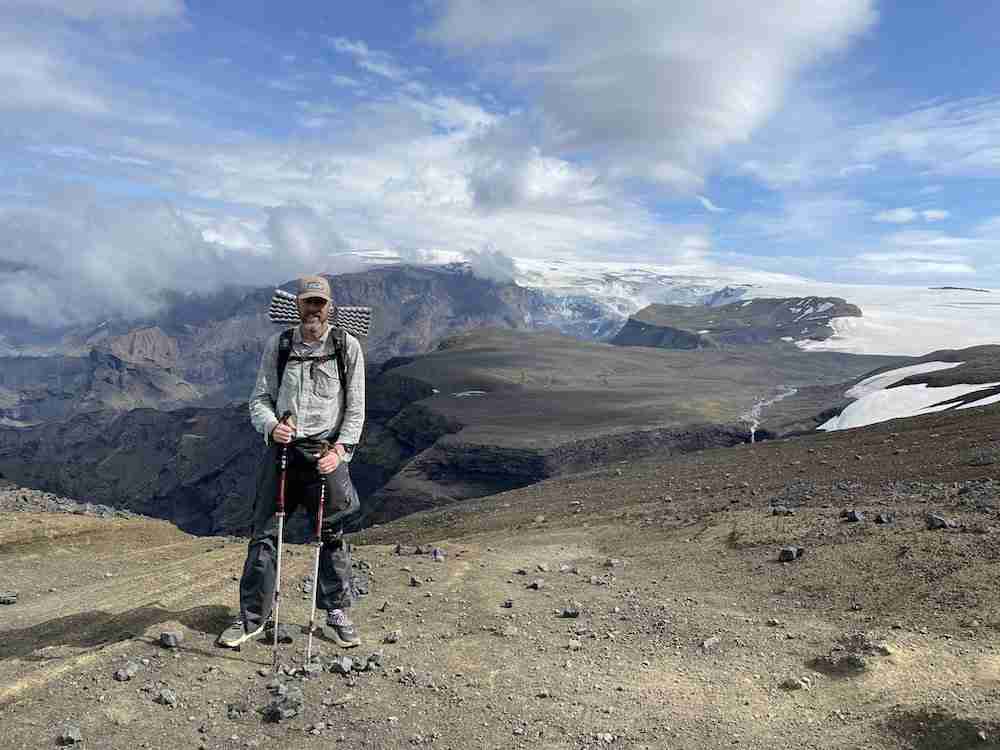 Overall, Iceland had several unique geographical features that provided a nice natural confirmation to my electronic/land navigation tools and orientation. It’s not every hike that you get geothermal activity, newly formed volcanoes and massive waterfalls.

Thanks goes to Harold Gatty & Tristan Gooley, two of may favorite authors on the subject.

For further reading, check out:

“Nature Is Your Guide” by H. Gatty

“The Natural Navigator: The Rediscovered Art of Letting Nature Be Your Guide” by Tristan Gooley.

All the latest information on portable operating in the amateur radio world.
Subscribe 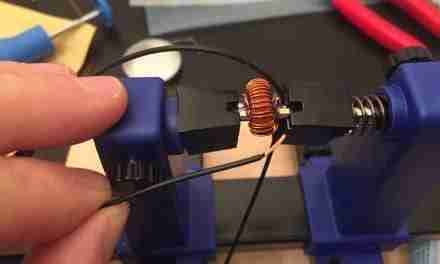 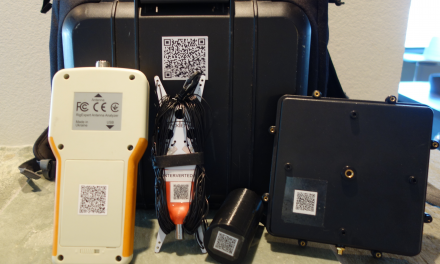